А city with almost a thousand-year history, which survived internecine wars, the Mongol-Tatar yoke, mercilessly ruined and reborn from the ashes. Today in the Ryazan region you can find completely different sights: from an old mosque to the house-museum of a Nobel laureate

Heart of the city

Gingerbread House and One of the Highest Iconostasis

Of course, any ancient city in central Russia begins with the Kremlin. The Ryazan Kremlin stands on a high hill and looks like an old city: all buildings were built in the period from the 15th to the 19th centuries and are well preserved. The Assumption Cathedral is the tallest building in the Kremlin and can be seen from anywhere in the city. Inside there is one of the largest 27-meter iconostasis with gilded carved columns.
The largest civil building in the Kremlin is Oleg’s palace. A huge stone building with many patterns resembles a gingerbread house and amazes with its snow-white beauty. The palace served as living quarters for the Ryazan archpriests, and now there is a museum with unique findings of local archaeologists.

A wonderful view opens up to Ryazan from the height of the Kremlin shaft. In summer, young people gather here for picnics, and in winter, children and adults arrange various winter fun on the shaft. 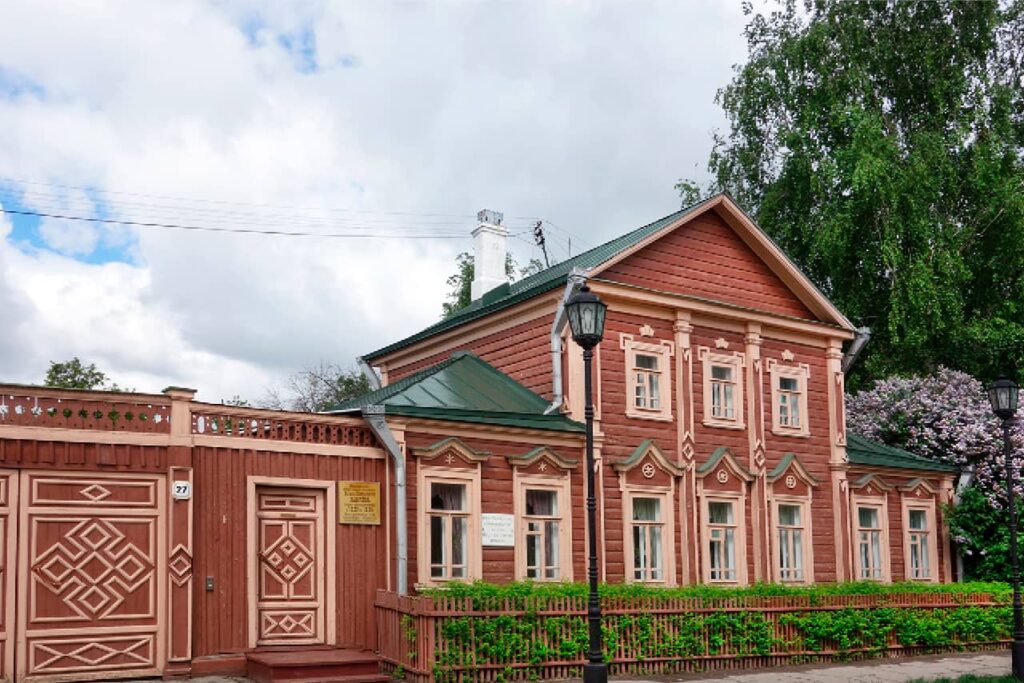 You probably remember from the school biology course about dogs and reflexes. The scientist who conducted these famous experiments was the physiologist Ivan Pavlov. He subsequently received the Nobel Prize in Physiology and Medicine (the first one among Russians) for his work in classical conditioning.

In the center of Ryazan, on Pavlova Street, there is a cosy little house where the famous scientist spent his childhood and youth. The second nearby building is the House of Science with a permanent exhibition where you can learn if heart work depends on the nervous system, determine your type of temperament and see firsthand the Pavlovian nerve.

The Last Poet  of the Village

43 km from Ryazan there is the small village of Konstantinovo, famous for the fact that the cult lyric poet Sergei Yesenin was born and raised there. The theme of the homeland and, in particular, the Russian village is the leitmotif of the poet’s work, and Konstantinovo reveals its origins, thus becoming a place of pilgrimage for all lovers of his poems. The poet’s personality was not unambiguous: a literary gift was combined with an unbridled temper, and he was known as a rowdy, alcoholic and lover of women. 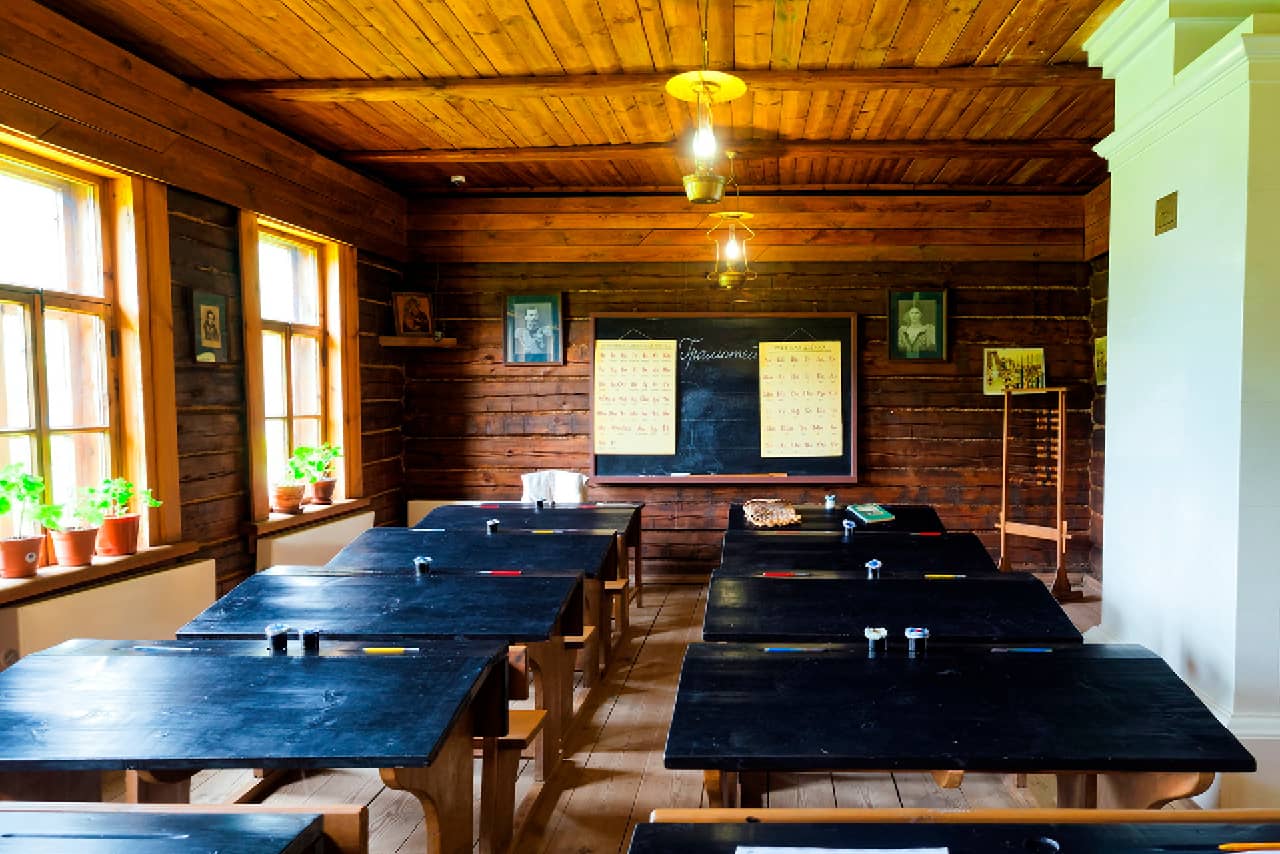 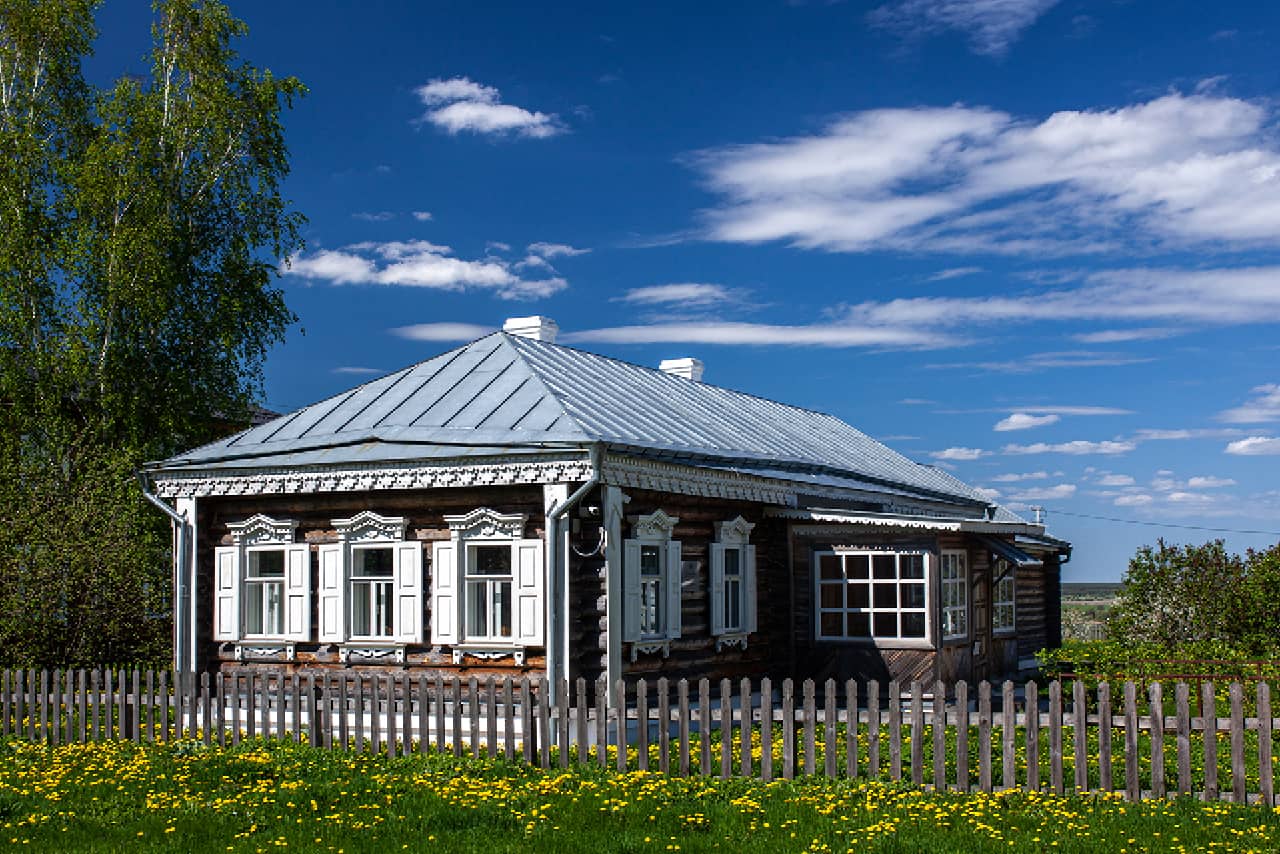 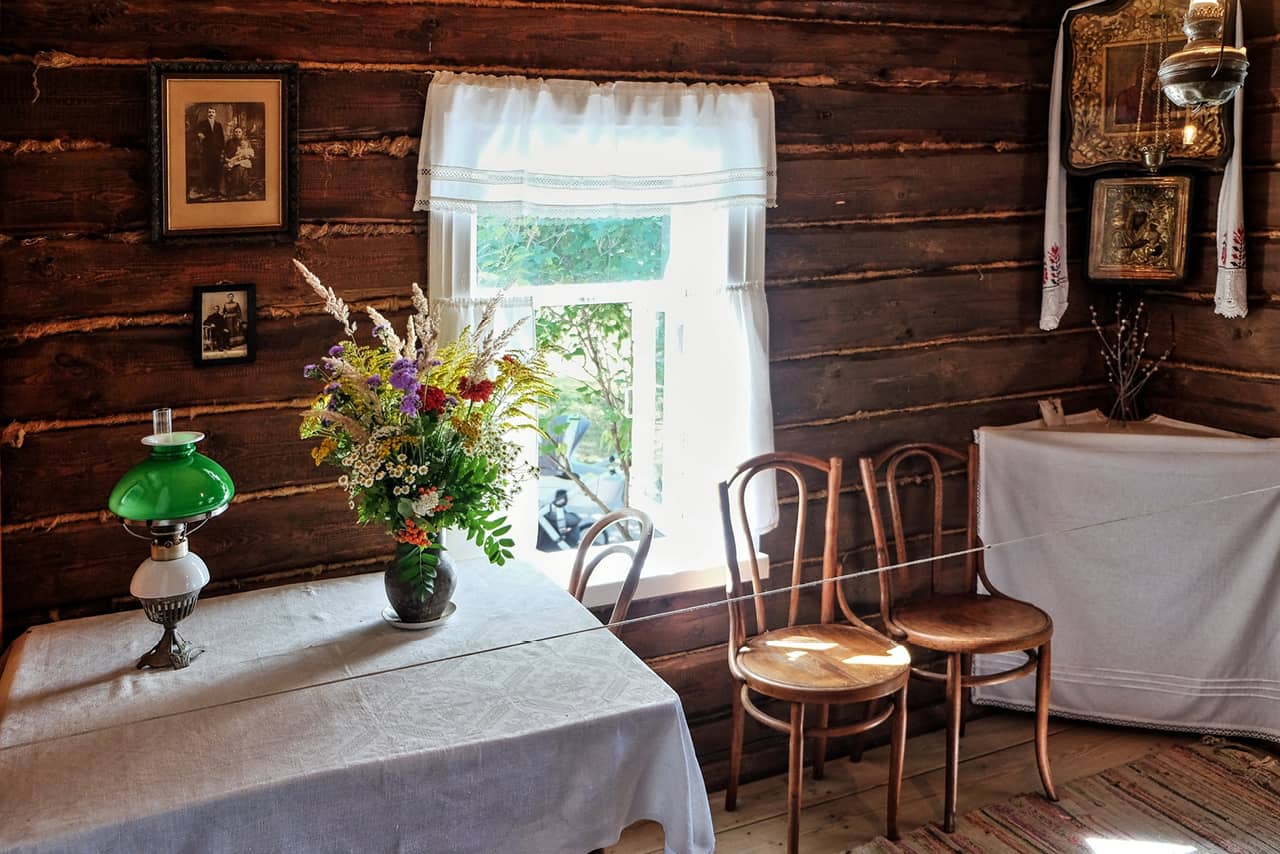 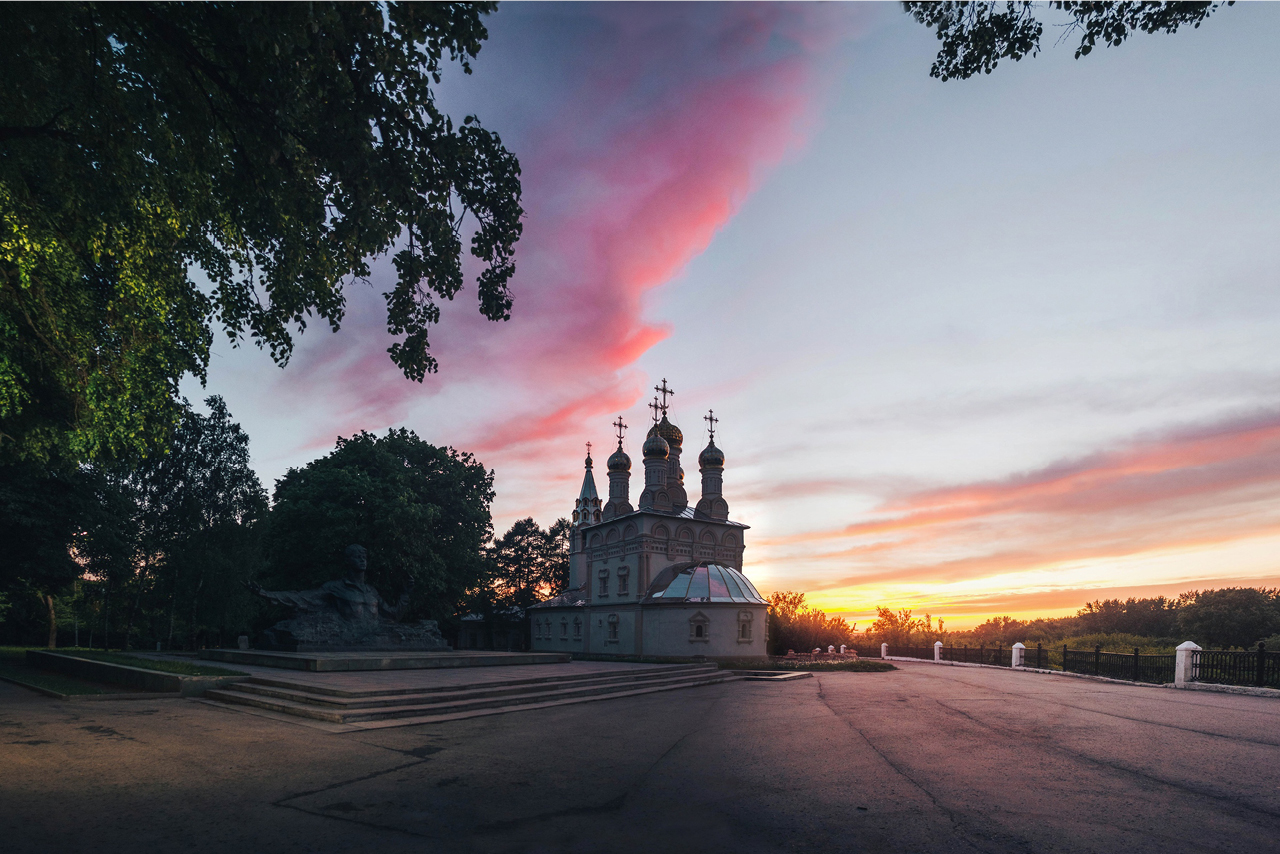 Today it is a complex of memorial buildings that restore the historical appearance of these places of the Yesenin times: the Yesenin’s modest wooden house, a temporary hut, a zemstvo school and the estate of landowner Lydia Kashina, which is also a museum of the poem “Anna Snegina”. Even if you are not familiar with Yesenin’s work, a visit to Konstantinovo will still give you a lot of pleasure. There you will learn not only the poet’s biography full of tragedy, but also get acquainted with the peasant life of a traditional Russian hut of the late 19th century.

At the end of the 19th century, Pavel von Derviz, son of a railway king, builds a stud farm in the village of Starozhilovo. He begins to breed thoroughbred riding and trotting horses. By the beginning of the 20th century, von Derviz owned more than 2,500 horses of various breeds. During the Second World War, the plant suffered a lot of damage, and all the animals died during the evacuation. The impressive main building built in the neo-gothic style, unfortunately, has not ever been restored and is slowly falling into decay. However, horses are still bred at the plant, now 198 animals live there.
In addition to the stud farm, the von Derviz family also built a manor in the village of Kiritsy. The estate impresses with its eclectic architecture with elements of Gothic, Baroque and Old Russian architecture.

In Ryazan, the path of another world famous entrepreneur also began. This is about Maximilian Faktorovich, whom you probably know as Max Factor. In 1895, he opened his first perfume and cosmetics store in Ryazan, and 10 years later he founded his own cosmetics empire in Hollywood.

The second-largest city in the Ryazan region is the distinctive Kasimov. In the 15th century, Grand Duke Vasily II handed over the city to the possession of the Tatar prince Kasim as a token of gratitude for the help that he provided to the prince in the struggle for the Moscow throne. And so it happened that the Kasimov Khanate arose in the very heart of Russia. After the death of the khan, the city began to be called the city of Kasim or simply Kasimov. From that era, there is an old mosque with a minaret and tekie – the tomb of the Tatar khans.

150 km from Ryazan there is the village of Gus-Zhelezny, where you can see the unique grandiose temple of the Life-Giving Trinity. The temple amazes the imagination with its size (it can accommodate 1200 people!) and architecture, the peculiarity of which is a mixture of Gothic, Baroque and Classicism. The architect of the temple is still unknown.