Smolensk, located on the border with Belarus, is a Russia’s bulwark to the West. The citadel is one of the oldest Russian cities that strikes tourists with its impressive defensive wall survived to this day, many ancient relicts and picturesque natural sites

Smolensk is located at the western borders of the Russian Federation on the upper Dnepr River. The first mention of the city appeared about 12 centuries ago meaning that Smolensk is older than Moscow and the same age as Kyiv and Novgorod. Smolensk is rich in historical events, which today are immortalized in numerous memorial complexes around the city. Over the years, Smolensk has been captured, destroyed, and rebuilt again. Each time the city rose from the ashes like a phoenix and became better and stronger than before.

The city is the keeper of ancient relicts and picturesque natural sites. To climb on a six and a half kilometers long fortress wall, visit the largest Viking Age mound complex, look at the iconostasis as high as a ten-story building, feed bison with carrots, visit one and only museum of the famous Russian writer Alexander Griboyedov and try delicious candies – all you can do just in Smolensk. 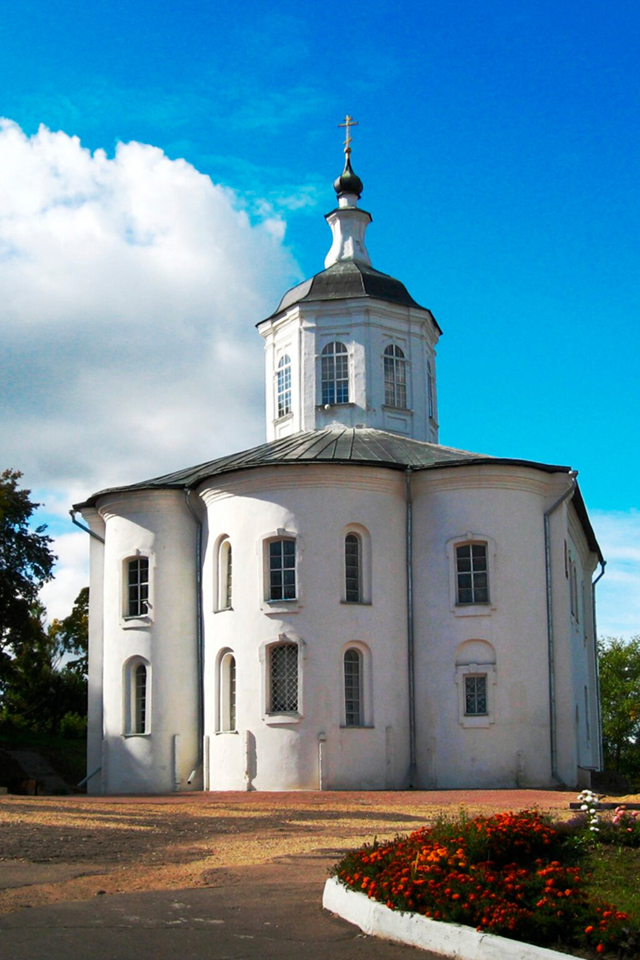 CHURCHES, INCLUDING 3 UNIQUE ONES

Where Saints Have Been Worshiped

Since the adoption of Christianity, monasteries, and churches have played an important role in cultural life. There are Polish and German churches, French cannon and three unique churches of the pre-Mongolian era like Peter and Paul church that is located near the train station and was built of red brick in 1146. Fragments of ancient paintings have been preserved on its vaults and walls. The peculiarity of the interior is unusual lighting, which is achieved thanks to the extraordinary placement of the windows. 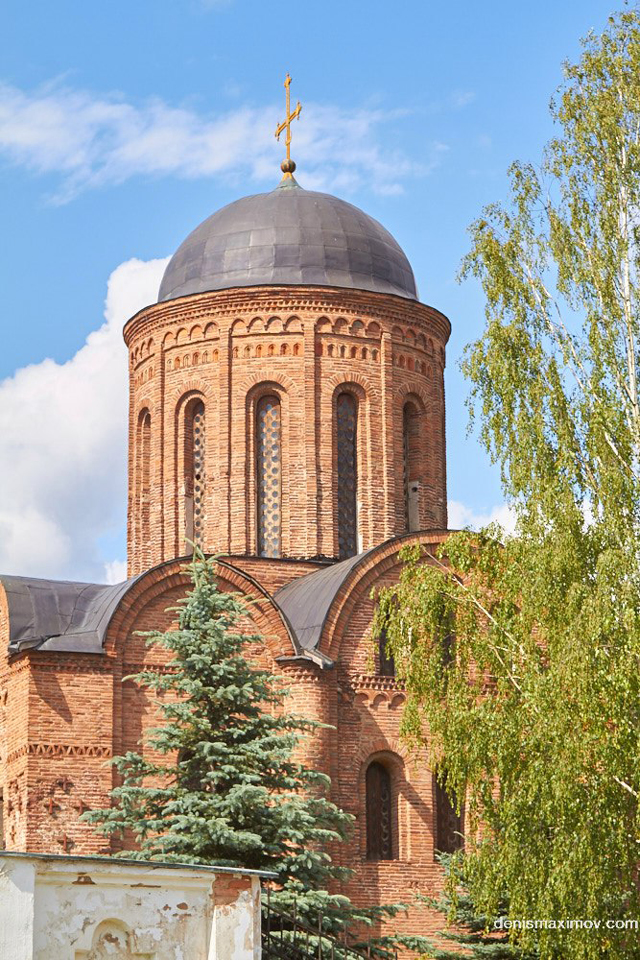 Major Temple of the City

​The tallest building in the city is the 70 meters high Holy Dormition Cathedral. The 5-domed temple built in the Ukrainian baroque style can boast of the incredible beauty of the interior. According to legend, Napoleon was so impressed by the grandeur of the Cathedral that he ordered his soldiers to stop robbing the church. Even the Great Patriotic War couldn’t destroy the main temple of the city. Luckily, the gilded interiors of the cathedral have preserved till nowadays so we can see elements of Orthodoxy and Catholicism combining together and one of the pearls of the temple and city in general – 30-meter high five-tiered carved iconostasis of the 18th century. 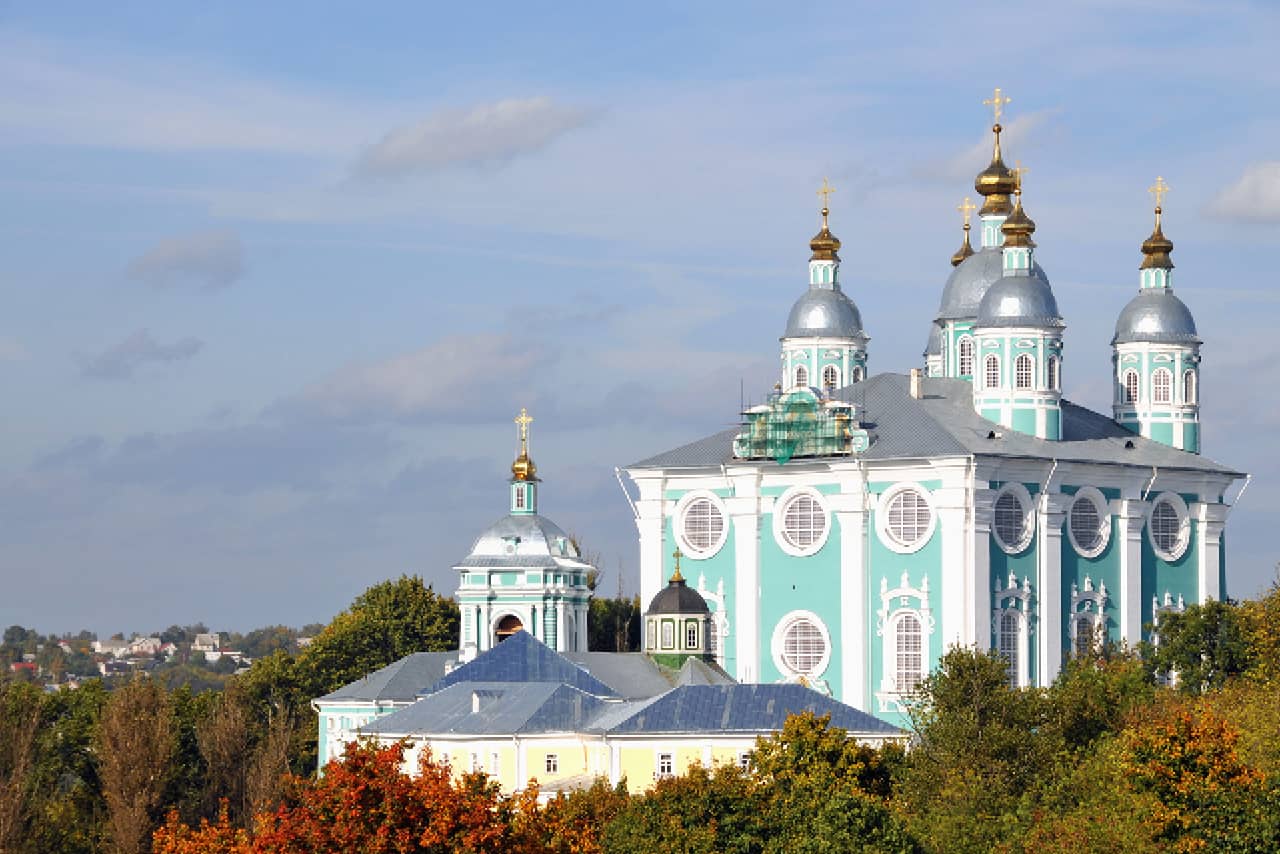 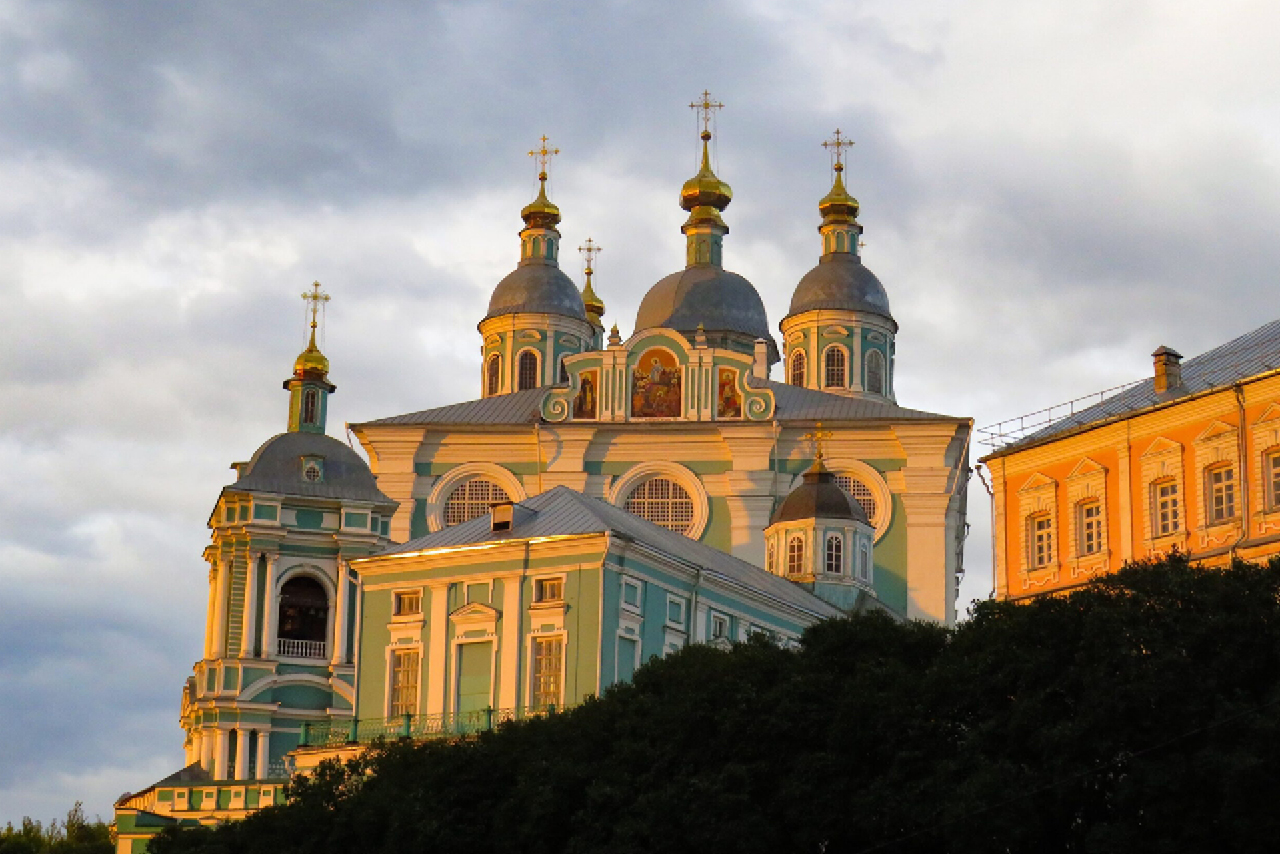 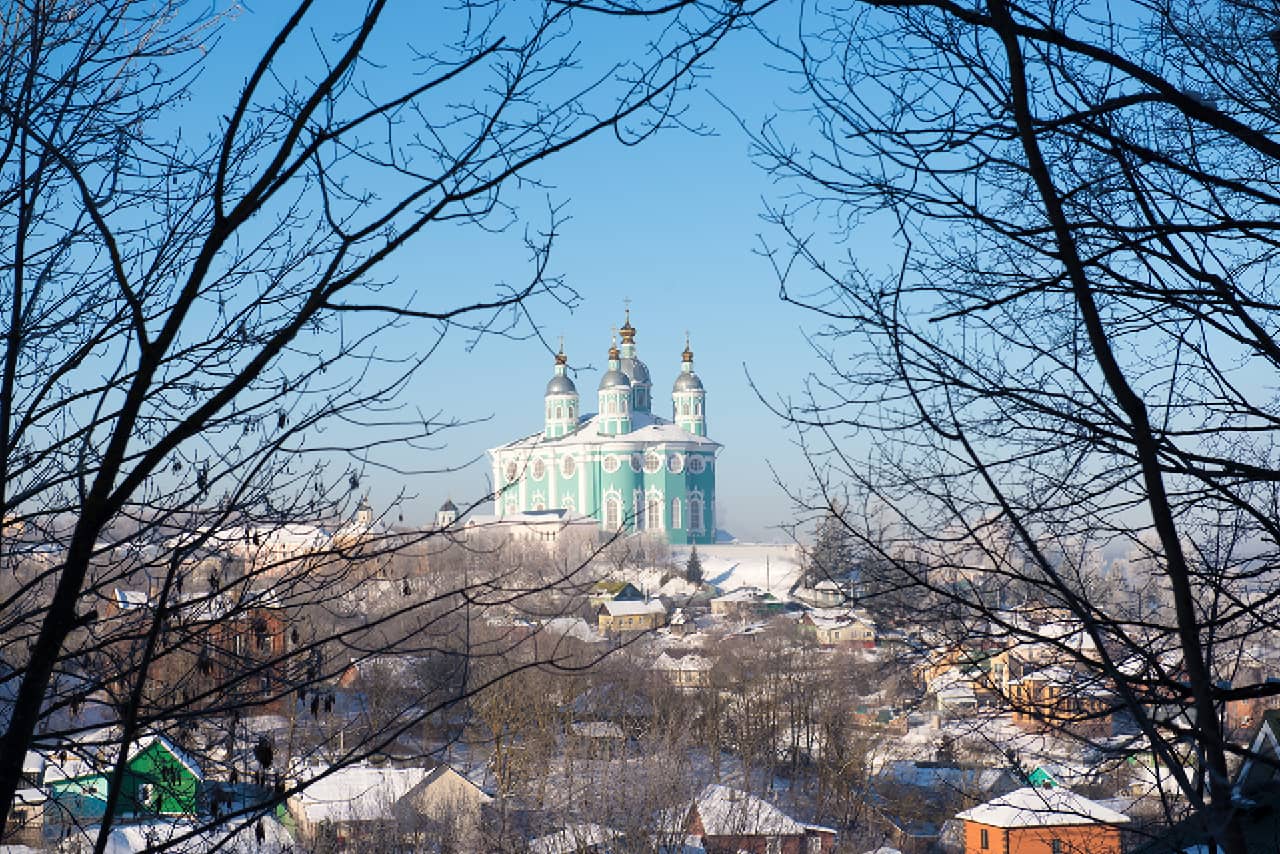 Life Through The Wars 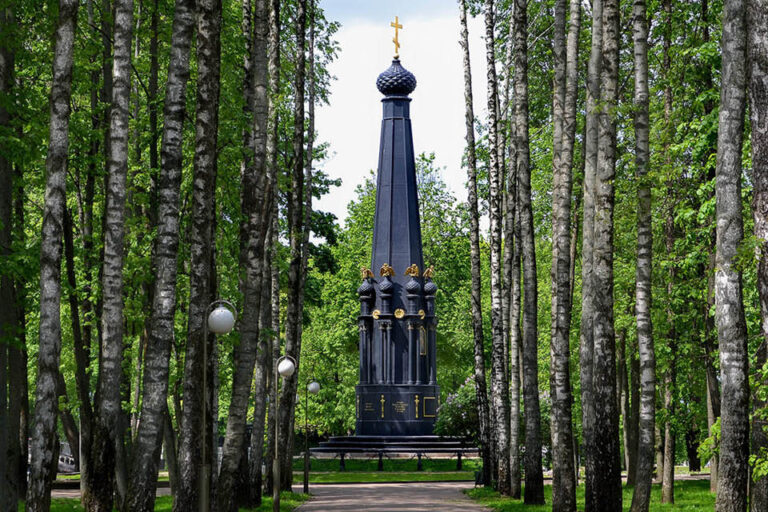 Dive into the atmosphere of Smolensk of the Great Patriotic War in the Smolensk Museum hosted in a two-store building in the neo-Russian style. The collection of military artifacts contains valuable archival documents and photographs, weapons and military uniforms, banners and awards, soldier’s household items, and trophies from Germany. 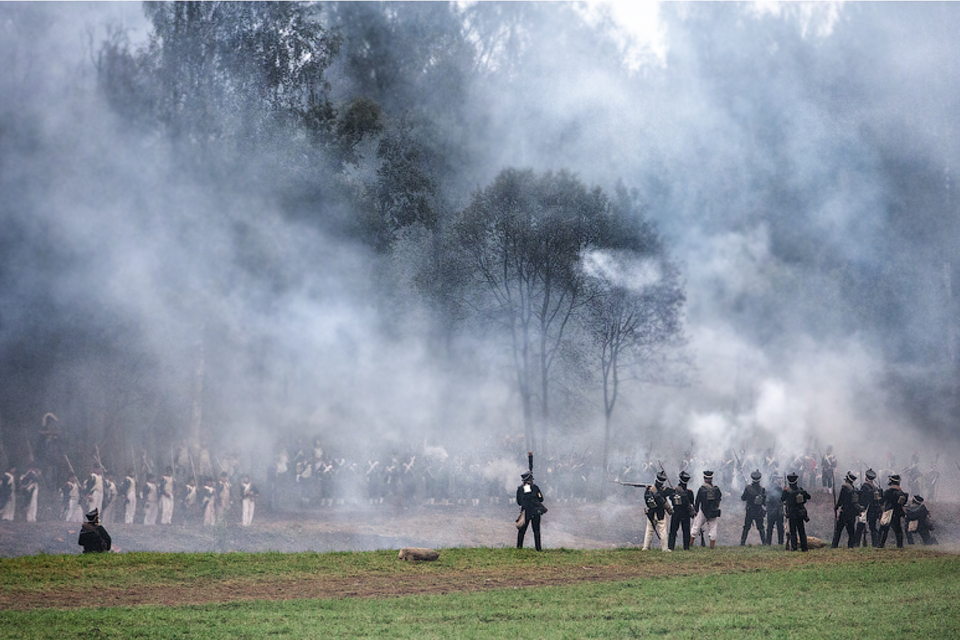 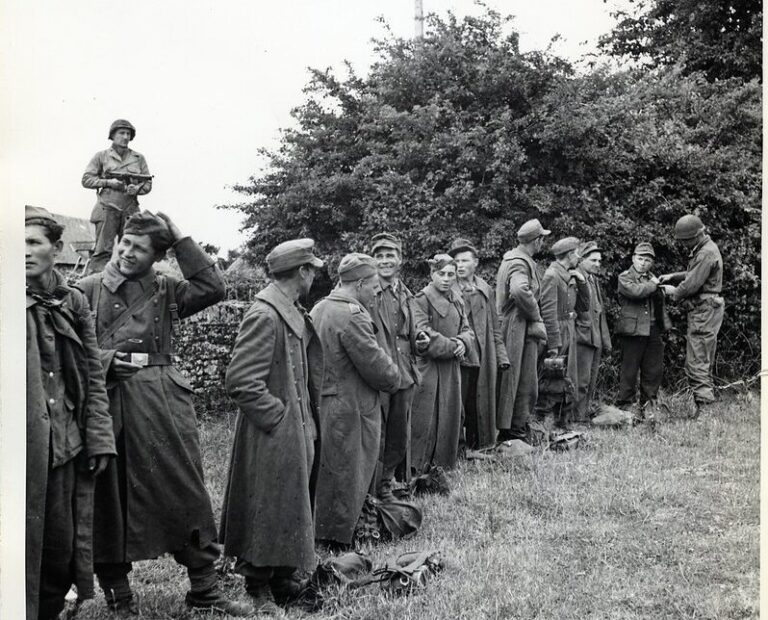 The tragic events of the Great Patriotic War were reflected as well in the most majestic Smolensk memorial – “the Mound of Immortality” in Readovsky Park. There is also an astonishing monument “Grieving Mother” nearby.

ONE OF A KIND

The Longest,The Oldest, The Greatest

Ancient Smolensk was greatly important for the defense of the Russian borders and the Smolensk fortress that now is the landmark of the city has played the main role in it. For many years fortification walls served as a shield for the capital. Before getting to Moscow, the enemy from the West had to pass through it. And even if he succeeded, the defeated and destroyed Smolensk always revived. No wonder the Phoenix bird is considered the symbol of the city.

Unique defensive structures in the middle ages have covered the whole city in general, and even now the historical center of Smolensk easily fits within the fortress walls. Not a single tower is repeated here – they all have their look and name. Every resident of the city will say that first of all you need to see a fortress in Smolensk. 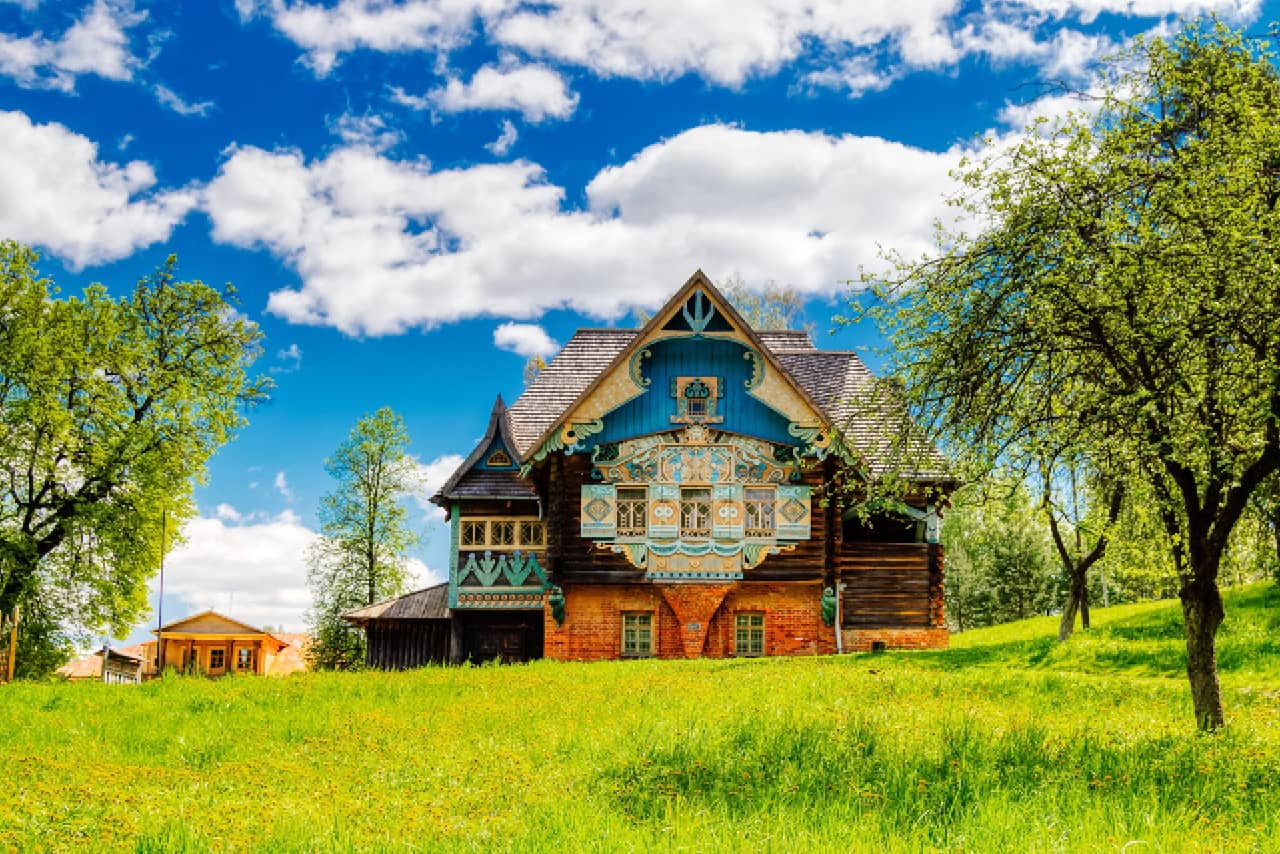 To dive deeper into Russian history you can visit the open-air museum – historical and architectural complex “Teremok” in Talashkino that was founded by the princess Maria Tenisheva. In the 19th and early 20th centuries, the Maecenas Tenisheva often hosted well-known art workers in her music and literary salon. A bright collection of items of Russian folk art remained in the estate.

Besides, the owner of the salon made the “neo-Russian style” one of the most popular trends. Such artists as Repin, Vrubel, Roerich worked in the estate, composer Stravinsky and Shalyapin visited the place. The Fairy house “Teremok” itself is a wooden house decorated with patterned carvings based on Russian epics and tales that were created in 1901 according to the project by the artist Malyutin. 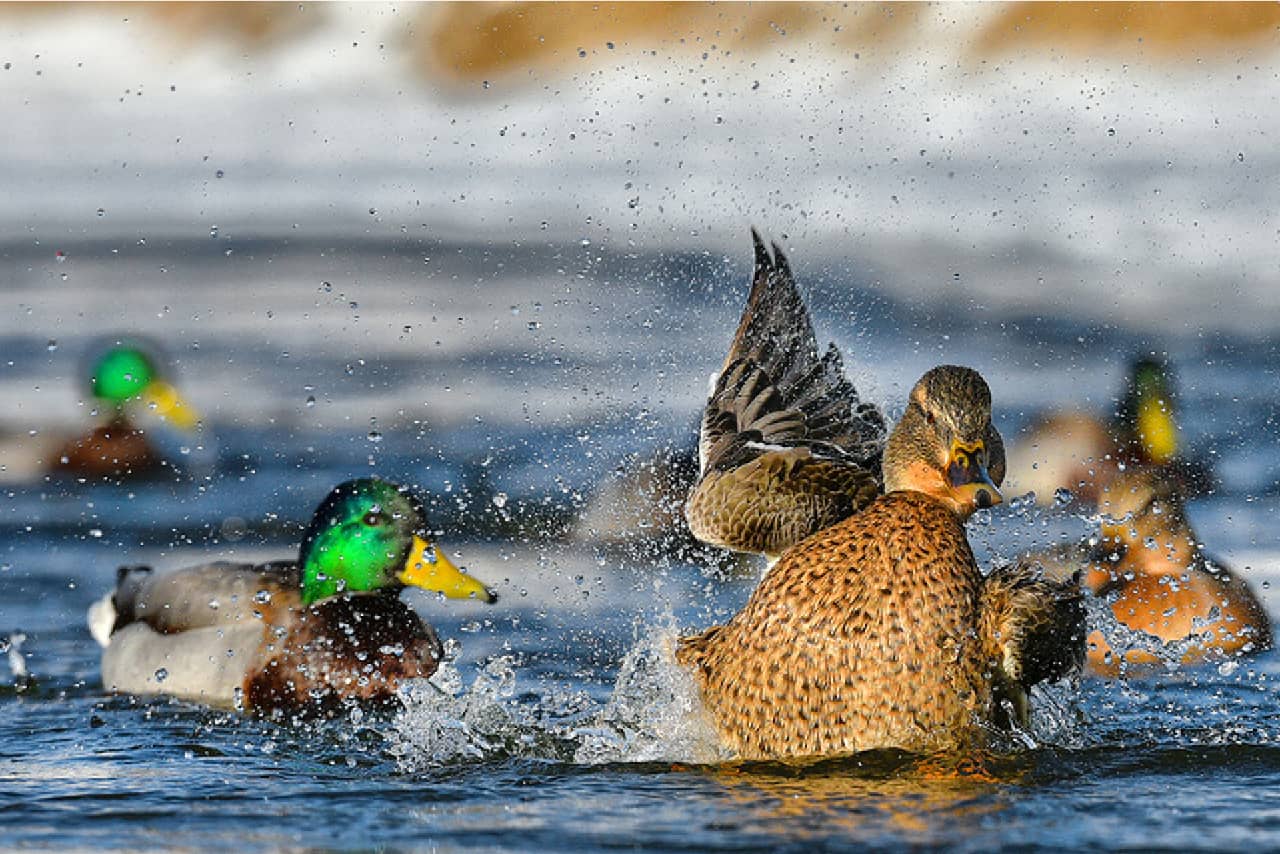 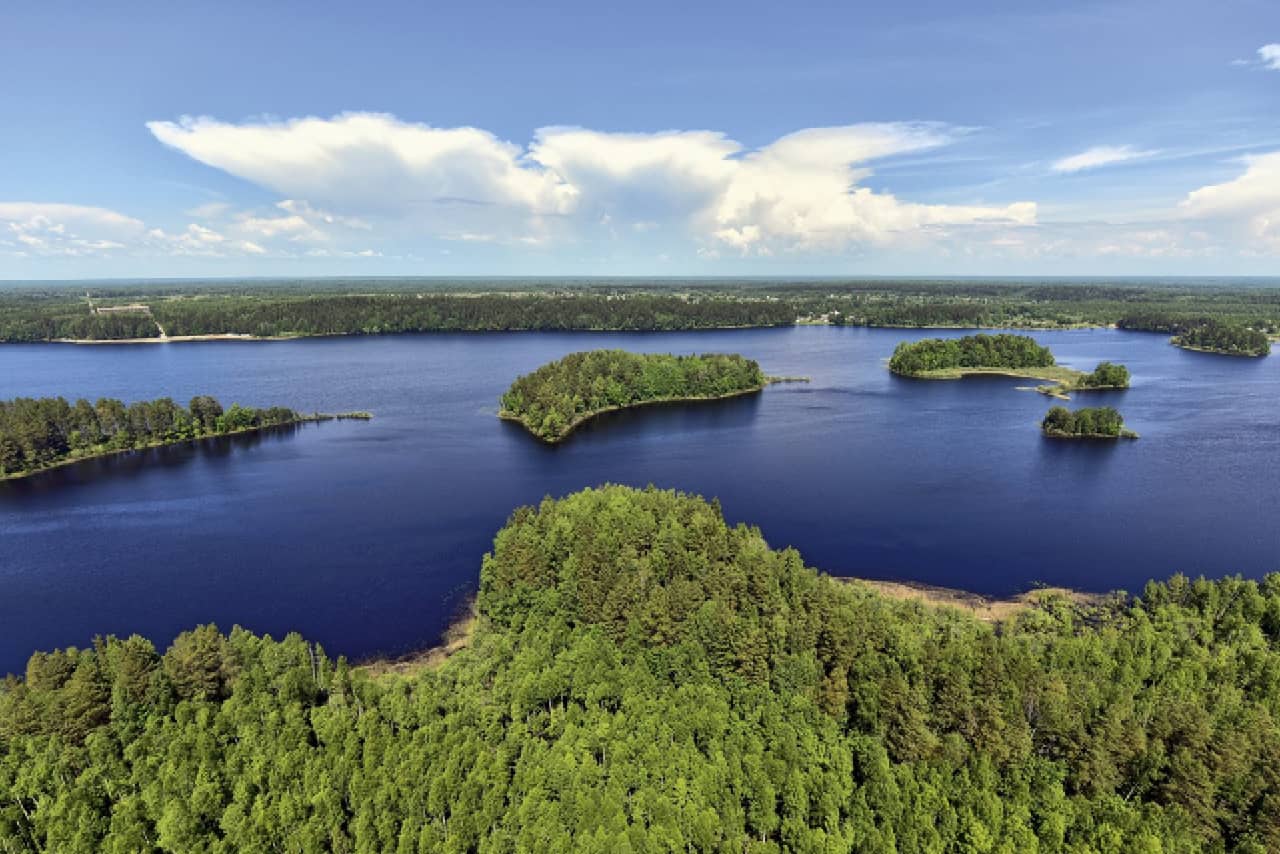 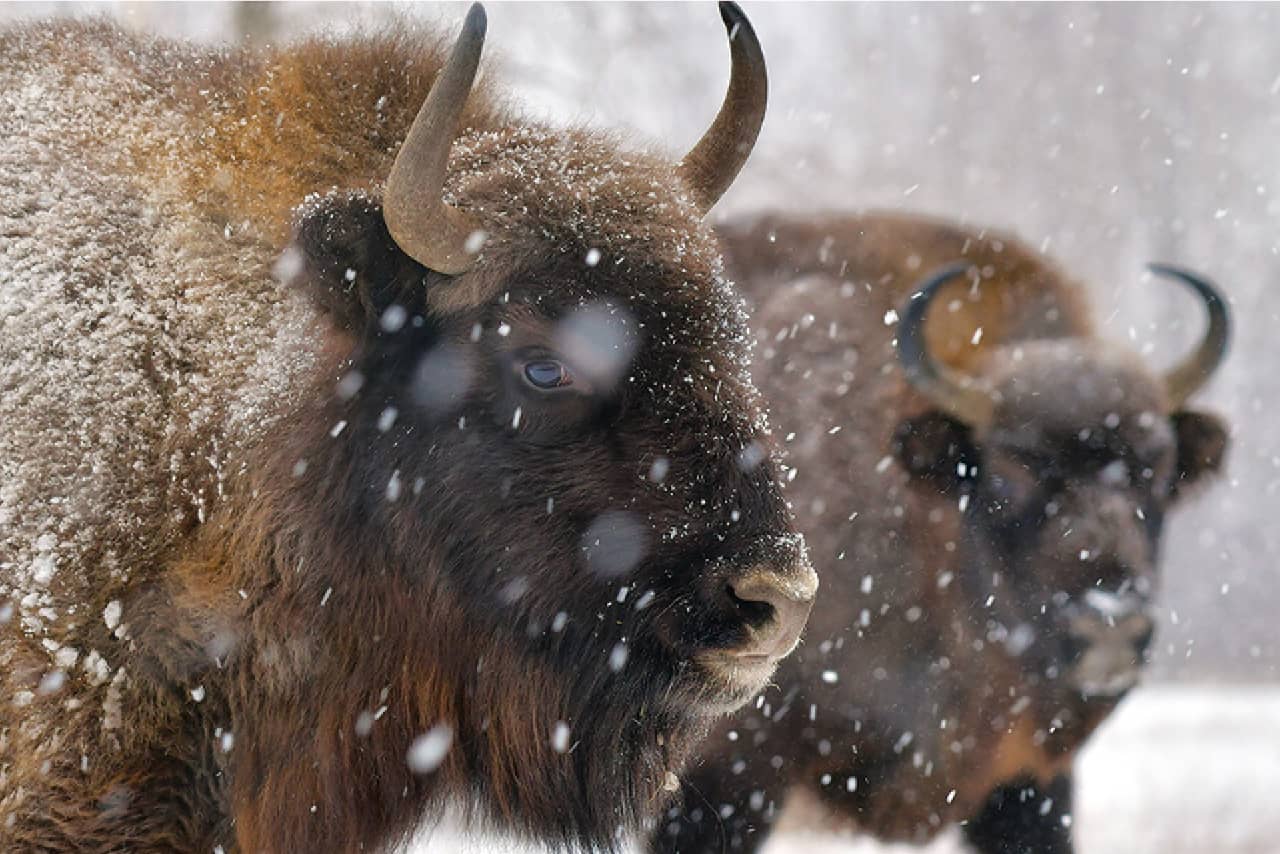 Apart from historical museums, Smolensk region is rich in natural sites. To plunge into “Baikal in miniature” as the researcher Nikolay Przhevalsky has called the place you can just visit the national park “Smolenskoe Poozerie”. The last Valdai glaciation on the territory of Smolensk land left there a highly dissected relief – high hilly ridges cut by river valleys and 35 lakes, each has its characteristics and attracts with its uniqueness. Apart from the natural landscapes, there are 81 historical monuments like Stone Age sites, ancient settlements, burial grounds – about 32 mound groups, and single mounds.

Estate of the Great Composer

One of the pearls of the region is the museum of the famous Russian composer Mikhail Glinka. 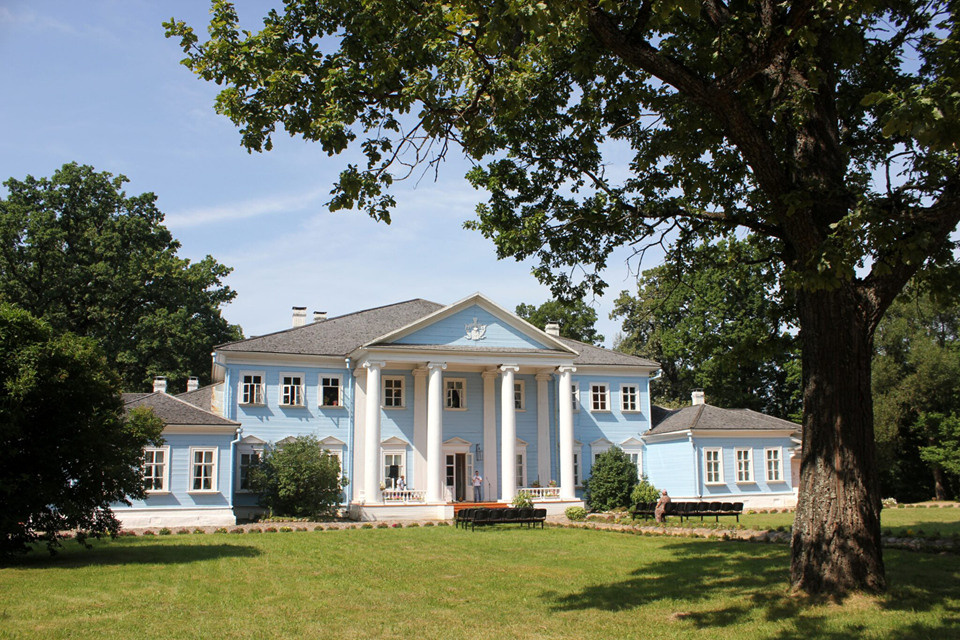 One of the pearls of the region is the museum of the famous Russian composer Mikhail Glinka. In the village of Novospasskoye, where the museum is located, Glinka spent his childhood, absorbed musical traditions, fell in love with folk songs, and wrote his masterpieces. Every visitor can know more about the life of the great composer and find out how way of living in the residence has affected his works. 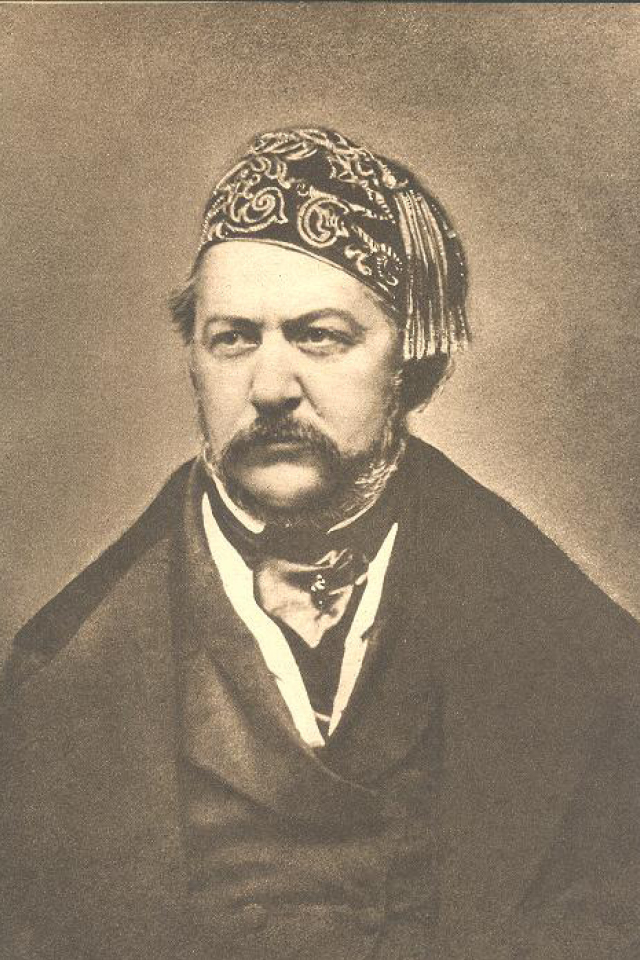 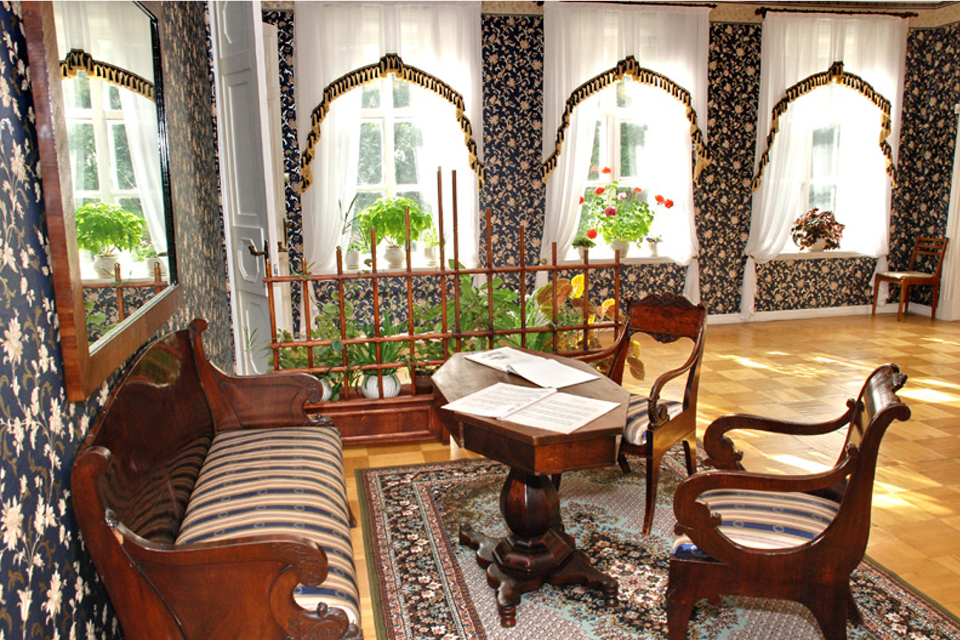 As well there are the unique and unrepeatable old landscape park of the estate, one of kind flowers that delight the eye, cascades of ponds, gazebos, a mill, a greenhouse, an island of Muses, and Amurov’s meadow. So don’t miss a chance to walk around the park ensemble and get acquainted with the life of the great composer. 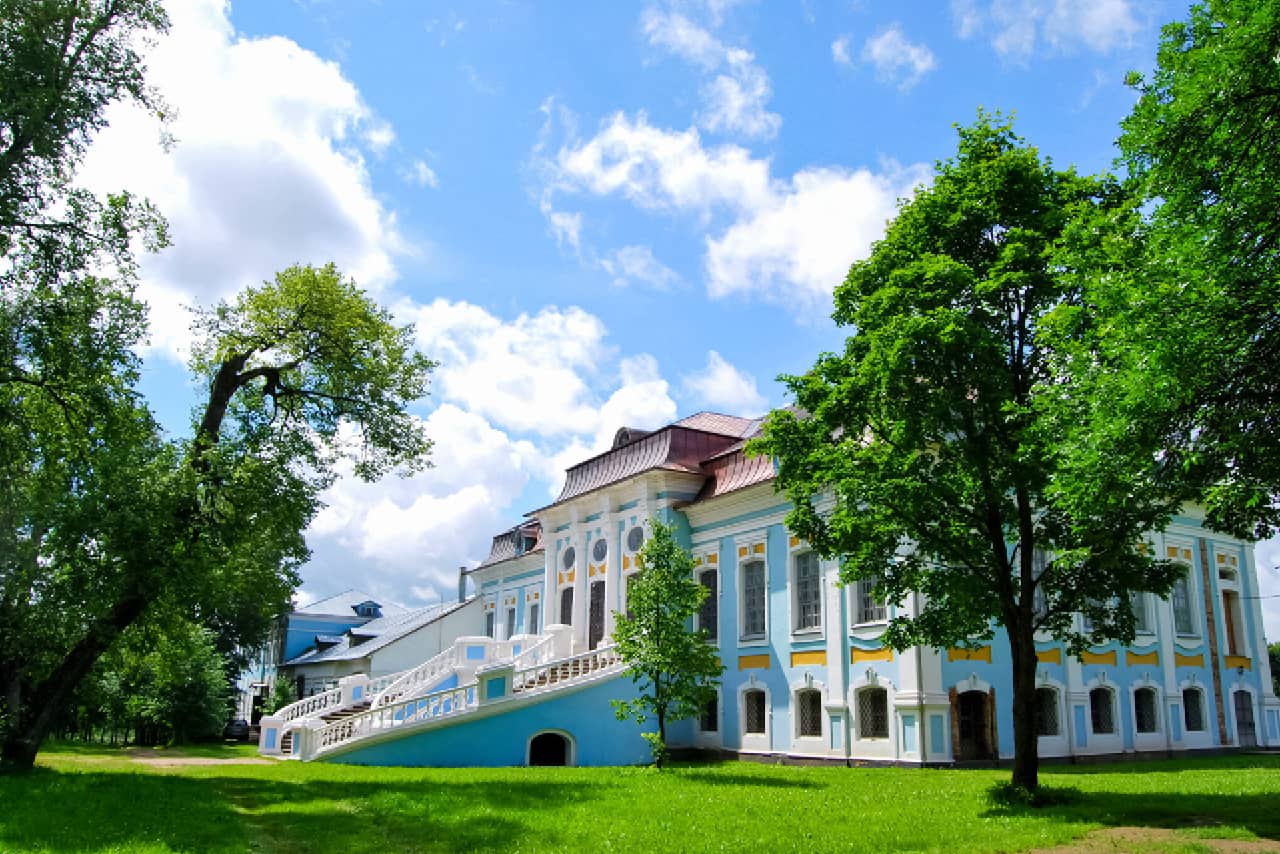 Where Famous BooksHave Been Written

Must visit is a state historical, cultural, and natural museum-reserve “Khmelita”, which is the former estate of the famous Russian writer Alexander Griboyedov. It’s the most ancient of the noble estates of the Smolensk land that have survived to this day. In the estate, you can not only get acquainted with the life story of the writer and learn about the process of working on his great works, but also plunge into the spirit of the Russian nobility, see unique memorial, architectural, historical, and natural monuments, and stroll through the park ensemble.

Smolensk is considered to be the Russian diamond capital. 70% of all diamonds in Russia is produced in the region. The largest diamond manufacturer in Russia and one of the largest in the world is located in Smolensk – factory “Kristal” that of course, you can visit. During an excursion you will admire the skill of cutters and jewelers, learn about methods of processing of the noble stone, hear fascinating stories about the most famous diamonds in the world, and, of course, you can visit the brand store and choose jewelry for yourself at an affordable price!
Previous
Next

UP INTO THE COSMOS

Motherland of theFirst Man in Space

For the cosmos lovers, there is a united memorial museum of Yuri Gagarin located in the city of the same name – the motherland of the famous cosmonaut. You will see the school where Gagarin has studied, the house of his parents that by tragic accident was the last place he visited before his unexpected death, a museum of the first flight, where you will learn all the details of that very flight. In the museum of the city of Gagarin, you can see such interesting exhibits as Gagarin’s car or the spacesuit in which he trained before the flight. 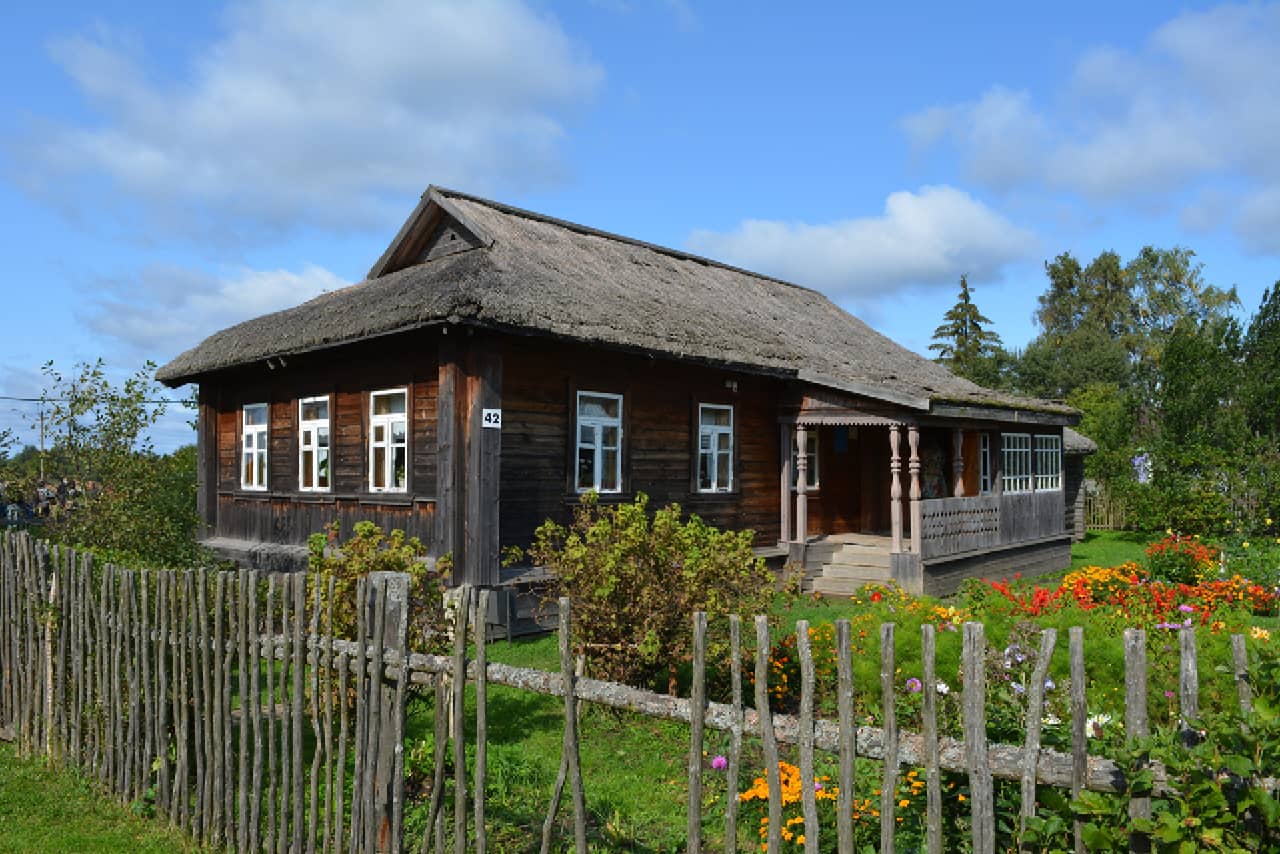 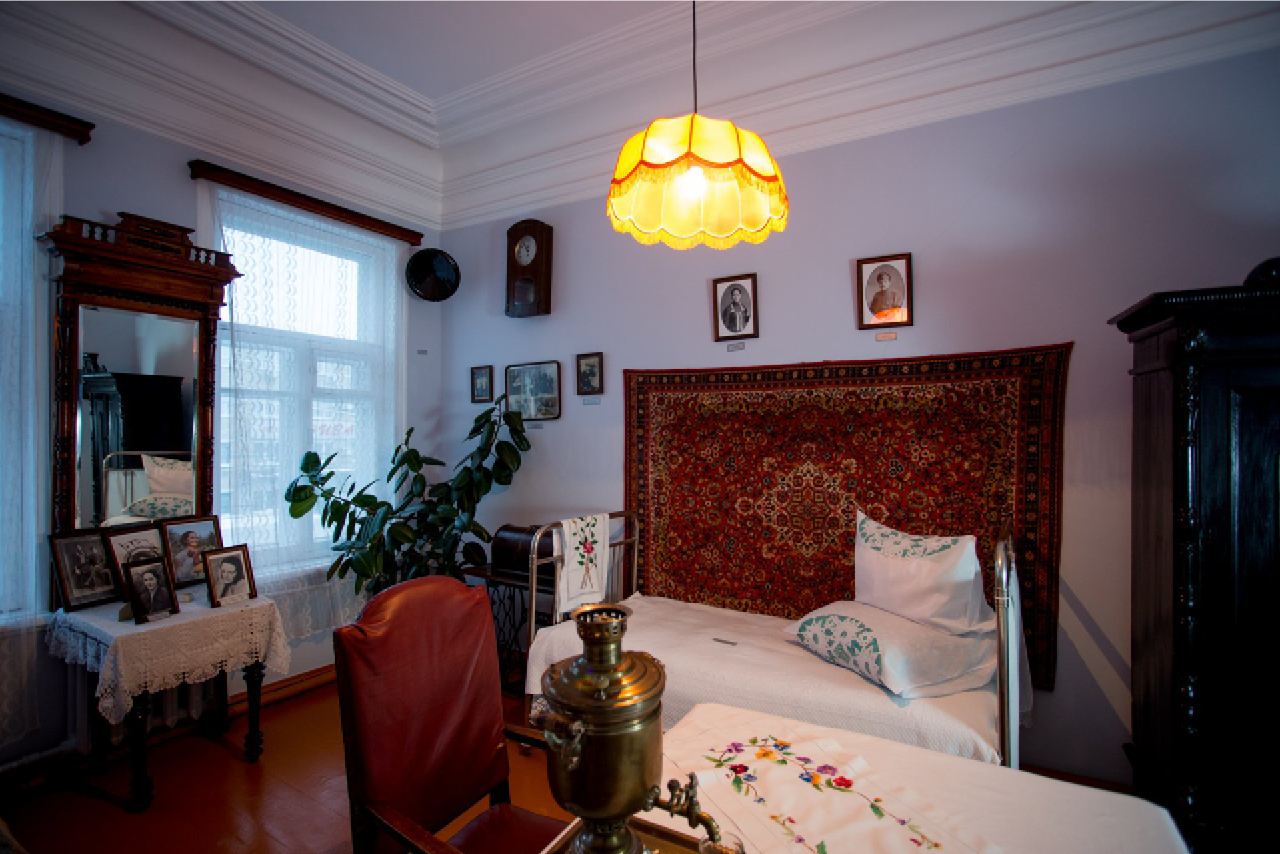 South
Sochi
A city in the South of Russia, located on the Black Sea...
North-West
Karelia
Also called Russian Scandinavia, is an astounding land – the edge of...
South
Crimea
Alexander Griboedov once said: “Crimea is an amazing treasury, a natural museum...
Volga River District
Kazan
The capital of the Tatarstan Republic and a major religious, scientific, and...