The Best of
Georgia

Georgia is a special kind of philosophy. Time seems to flow differently here. And about Tbilisi, it’s  said that it is “the friendliest, most beautiful and most drunk city in the world, where every day is met with a prayer, and seen off with a kind smile and a glass of wine”

Georgian Proverb Says:The Guest is a Gift from God

You have just 5 days to get the first acquaintance with this marvelous country where people, culture and history are intertwined in a ball that creates a special atmosphere, vibrant and magnetic. Old fortresses, ancient monasteries and cathedrals on the tops of once inaccesible hills from which gaze looses in green and peaceful valleys. From Tbilisi, a city where every corner can offer a memorable glimpse capable to surprise, to Gremi, the royal citadel; from Mtskheta, the ancient capital of Georgia, to Uplistskhite, one of the most outstanding examples of the rock-cut towns. Let’s discover together Georgia, where “Mother Georgia”, the symbolic statuoe of the country, gives to guest a cup of wine as a sign of welcome! 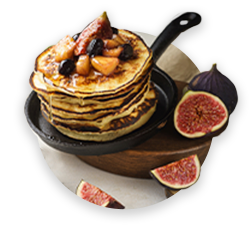 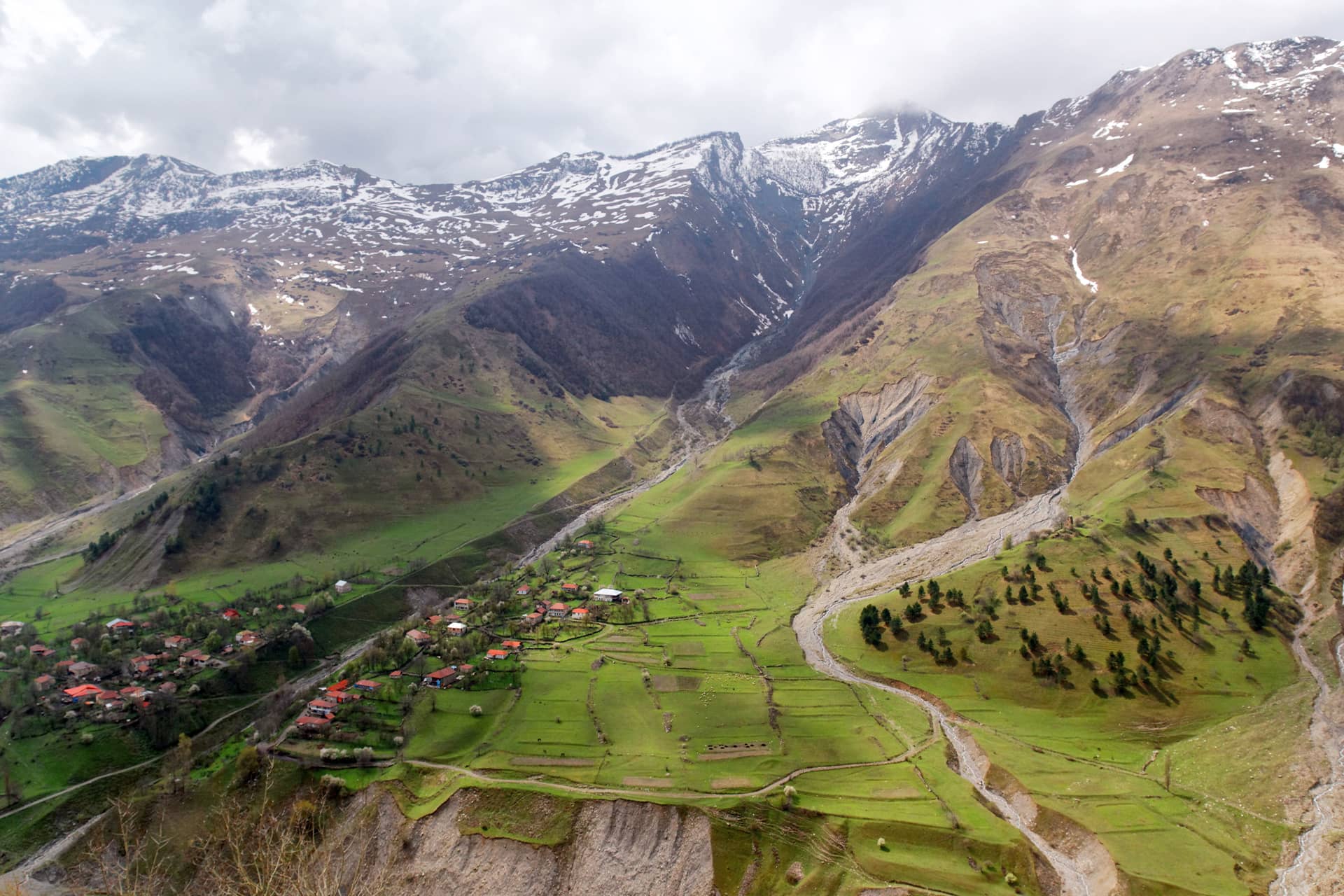 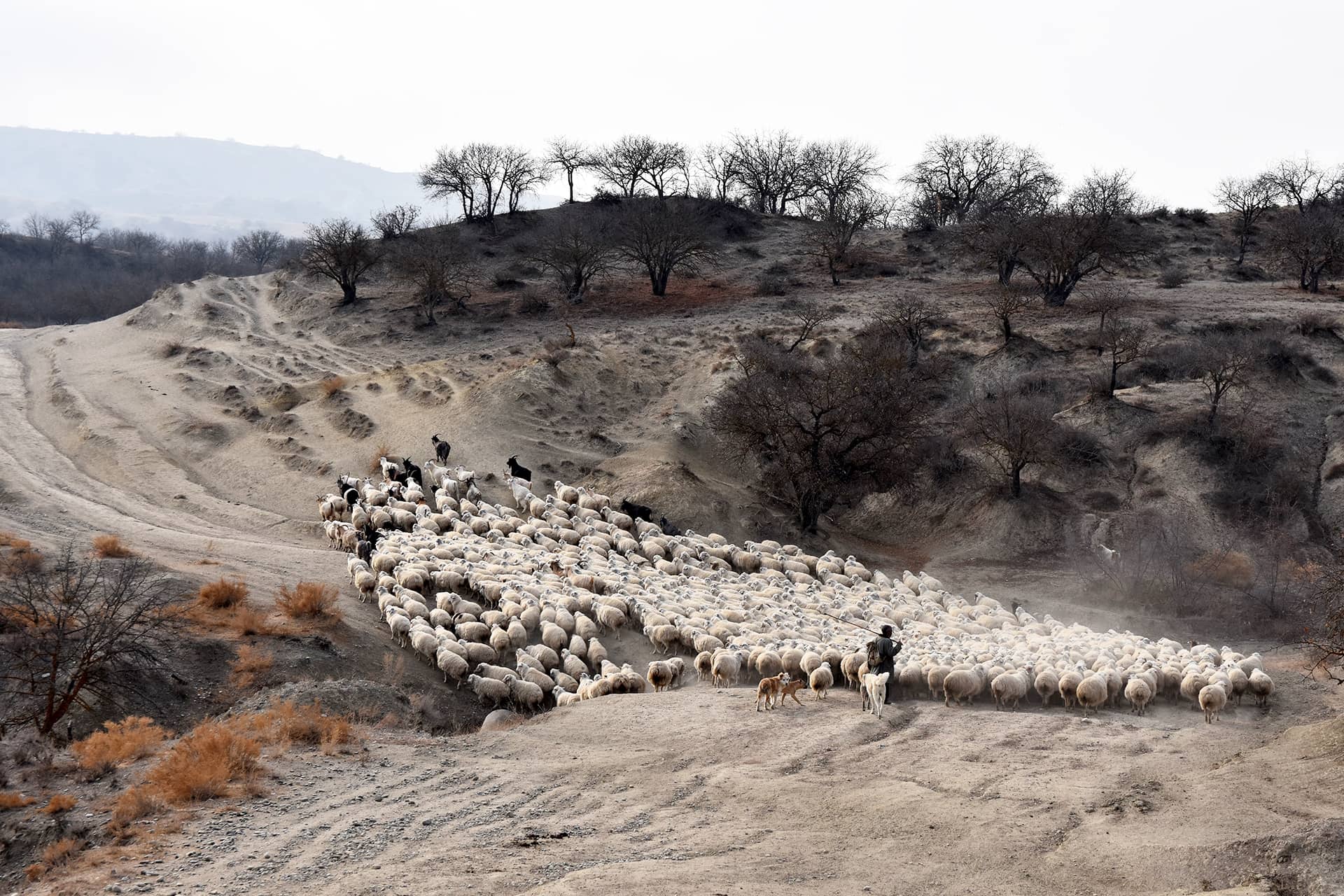 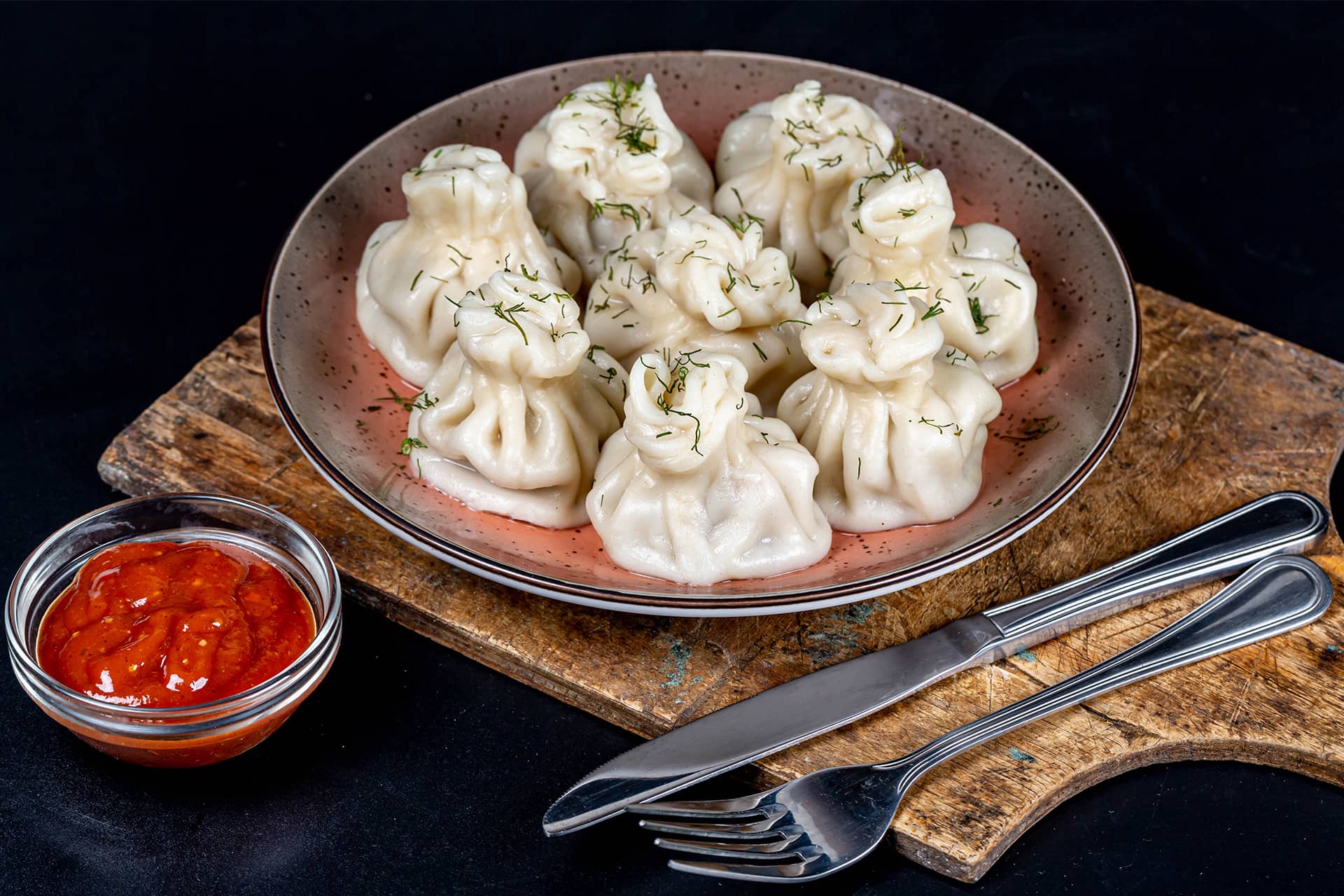 Welcome to Georgia! On arrival to Tbilisi, we will head to Telavi, a small mountain town and the best point to start our journey around Kakheti province, the region of Eastern Georgia.

The road to Telavi is very picturesque, although it is rather winding, and its most beautiful point is the Gombori Pass. You will enjoy pastoral villages, breathtaking landscapes of the Alazani Valley and the Caucasus Mountains, sheep herds and lovely lawns.

On arrival, we will have dinner at the restaurant, check-in at the hotel and spend the night in Telavi. 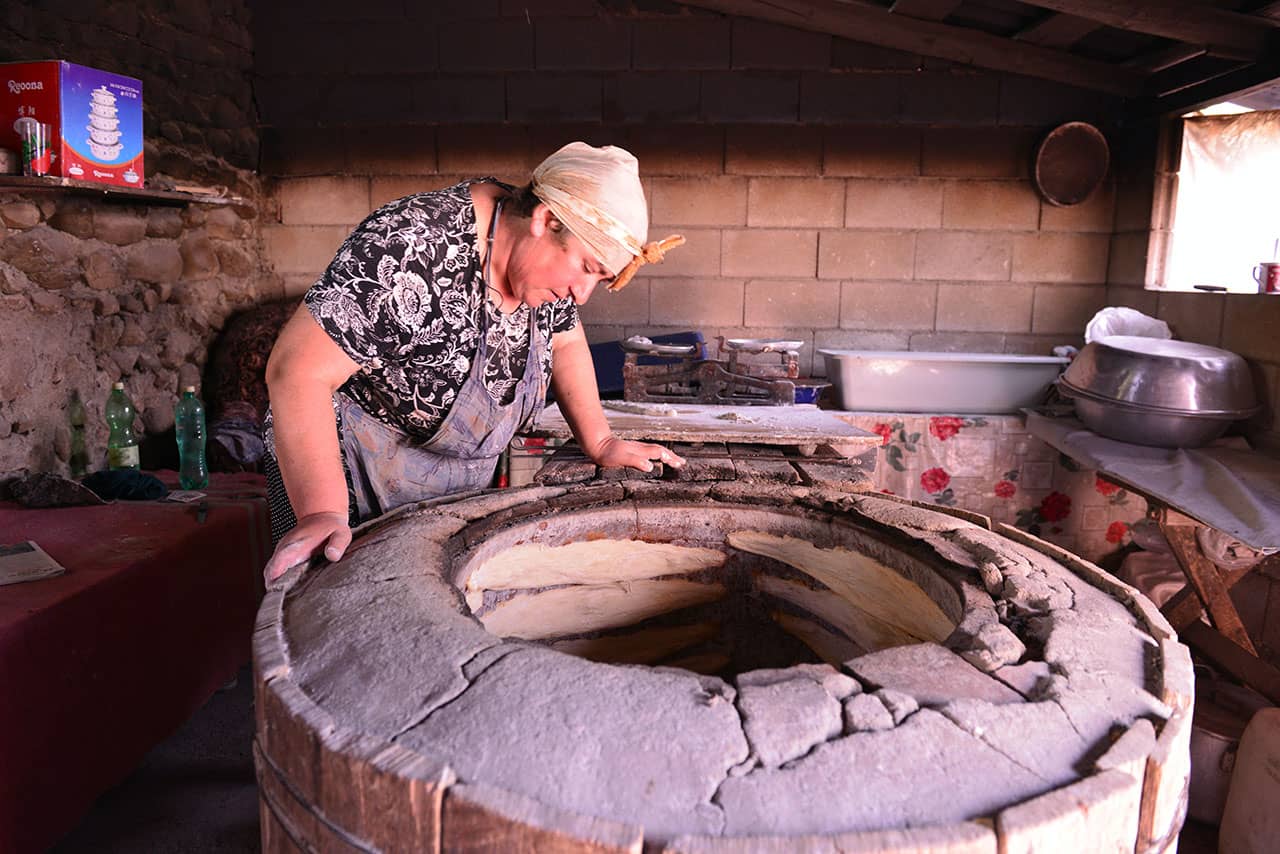 Today we will have a very tranquil and meditative tour on holy places of Kakhetia but do not get ready to be bored. We will finish our tour with a wine degustation and lunch at a Georgian restaurant, the pride and fame of the Georgian people.

After breakfast at the hotel, we will drive out the town to spend morning at Gremi, the royal citadel. On the way to Gremi we’ll have a stop at Ikalto convent. Built-in the 6th century, it is also famous for the fact that Shota Rustaveli, a medieval Georgian poet who made the greatest contribution to Georgian literature, was educated at Georgian academia in Ikalto convent.

Gremi fortress was built in the 16 th century when Kakheti became a separate kingdom. At that time, this place was a summer residence of the Kakhetian kings. Today, part of the royal citadel, church, and bell tower have survived. The church of Archangels Michael and Gabriel currently functions and is decorated with ancient frescoes. At the bell tower there is a museum with an archeological collection.

Our next stop will be at  Alaverdi cathedral. It is a classical medieval cathedral, ascetic outside but richly decorated with frescoes and murals inside. Alaverdi Cathedral is the second tallest religious building in Georgia, after Holy Trinity Cathedral of Tbilisi, grows 50 m in height.

Before lunch at a local restaurant we will go on an excursion to Kvareli with winery and degustation. In the afternoon we will come back to Telavi and you will have free time. 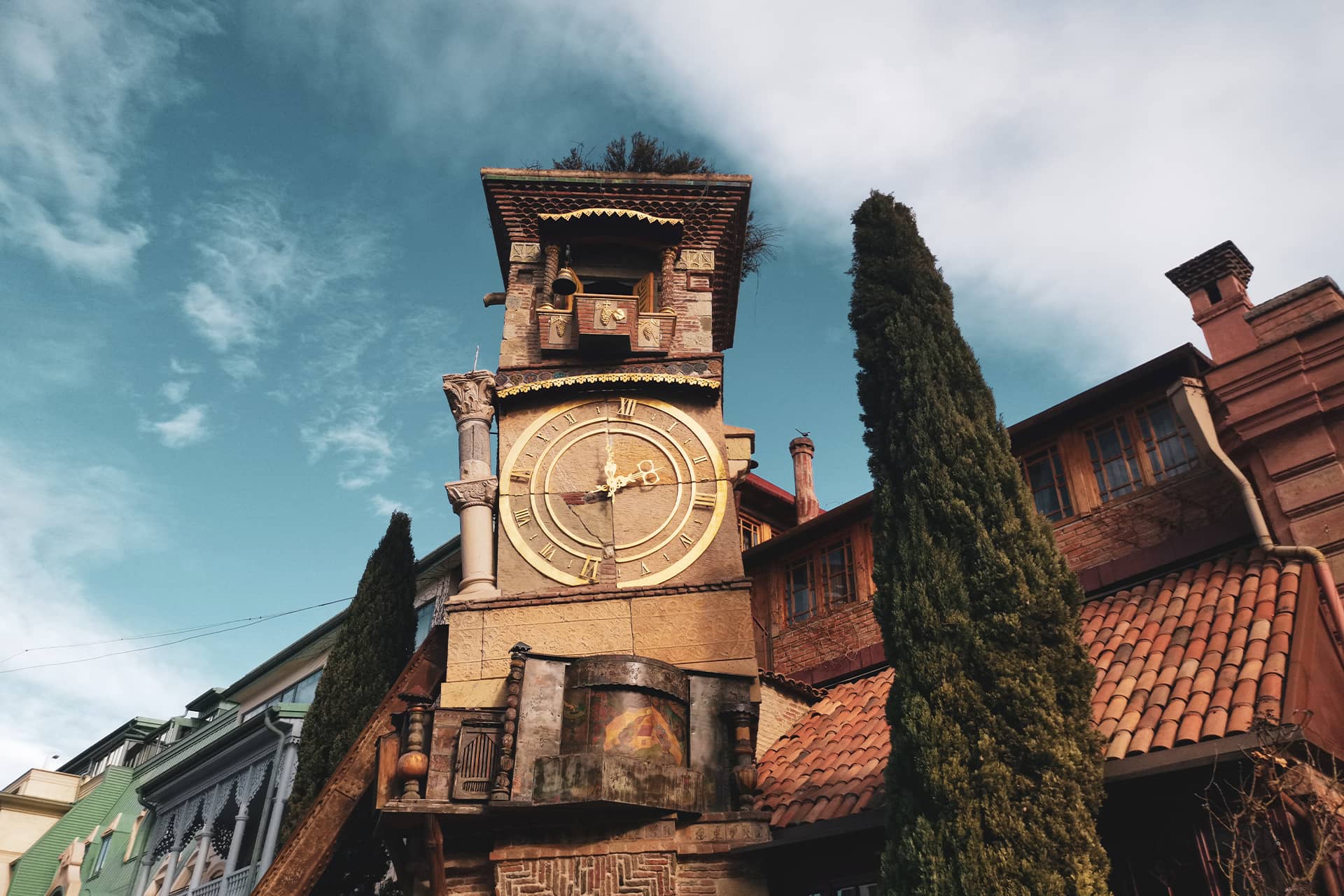 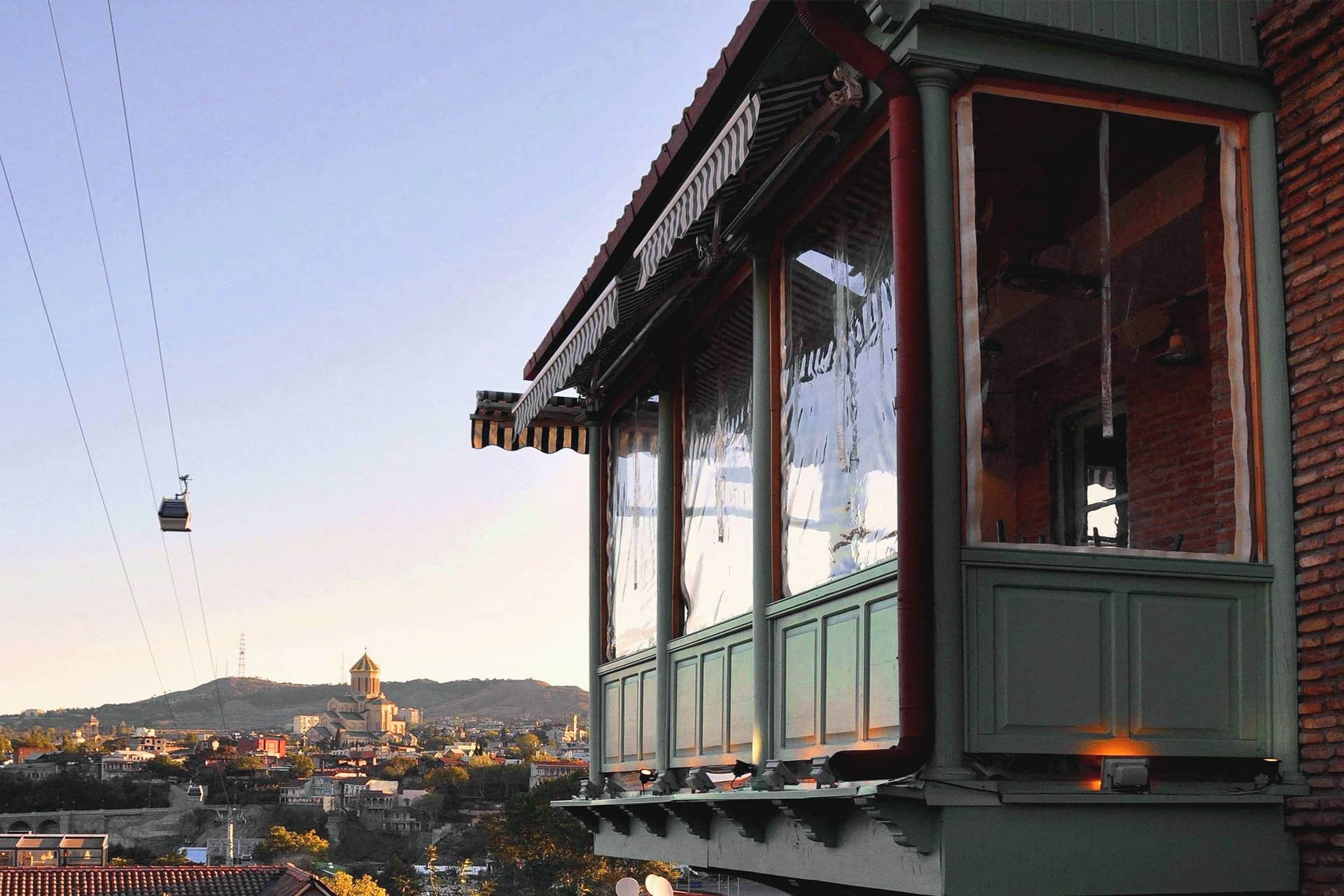 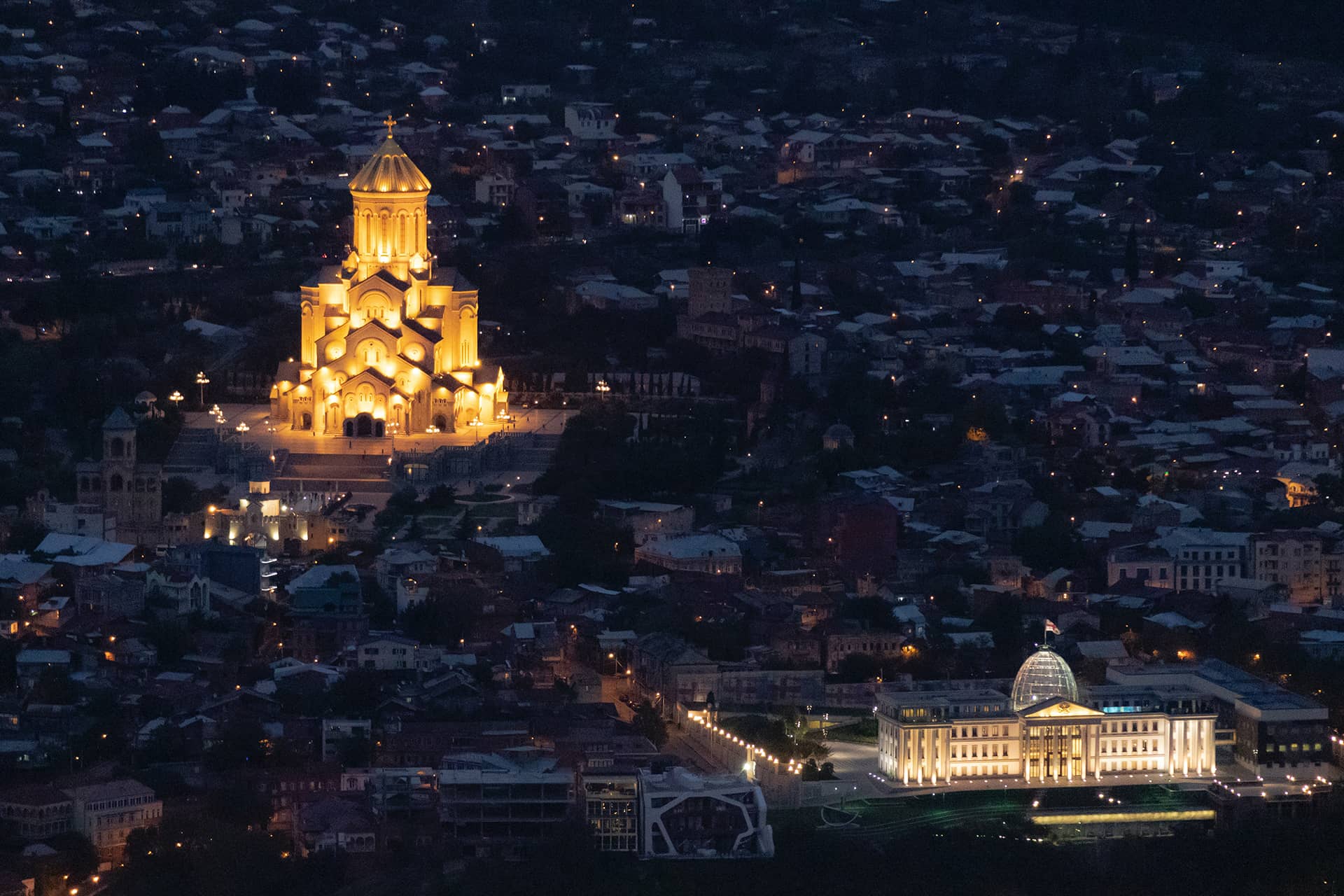 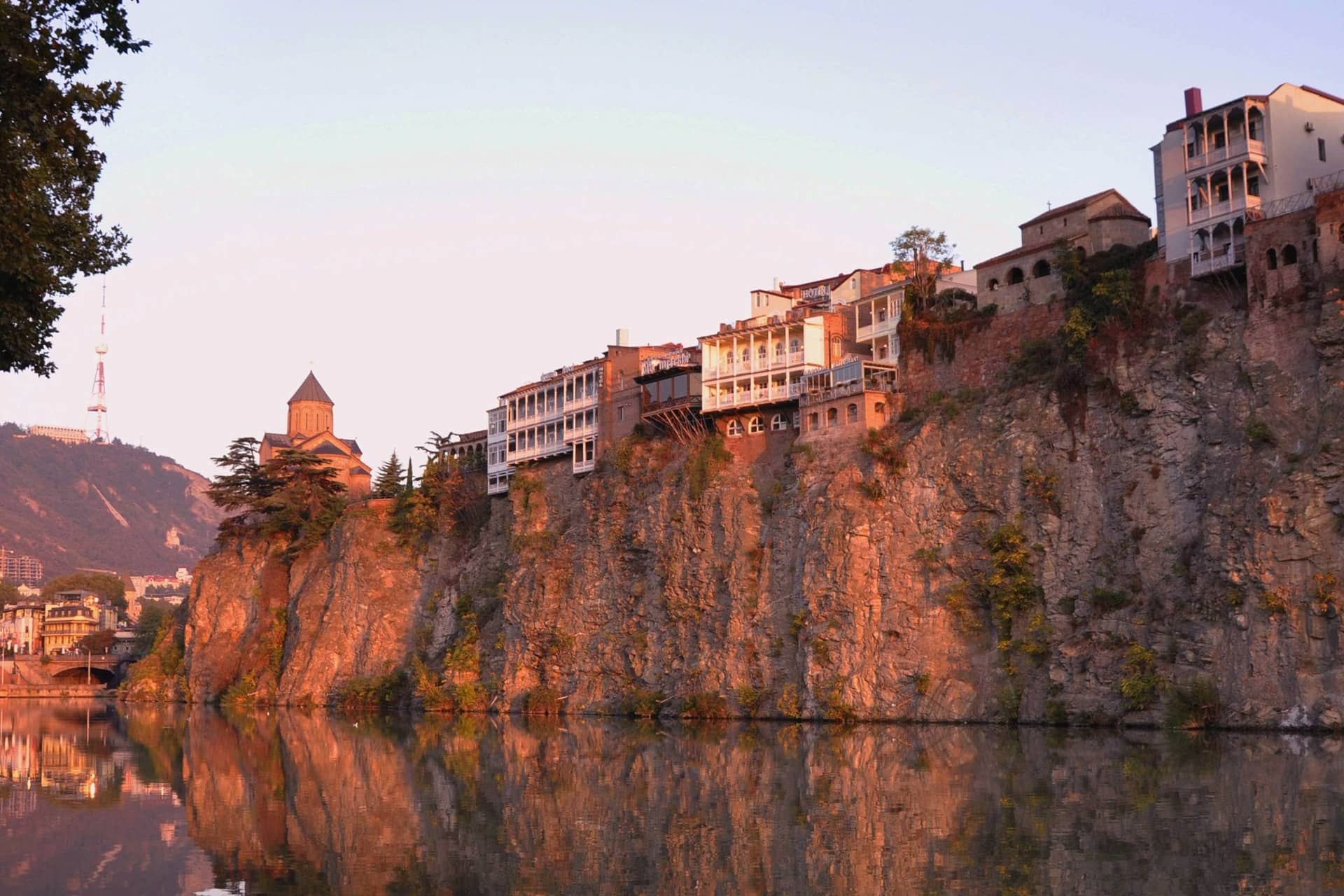 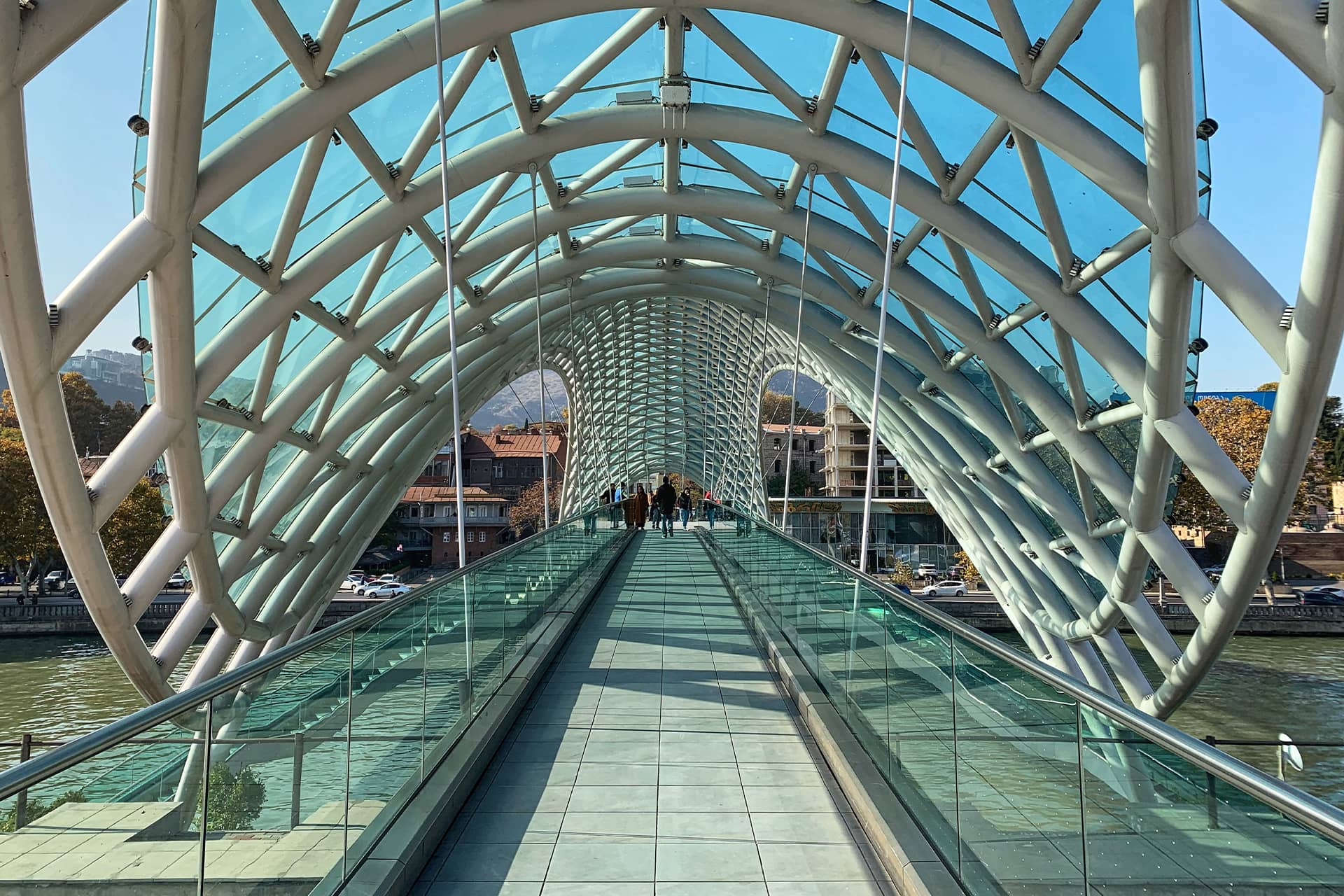 After breakfast at the hotel we will head to Tbilisi. Tbilisi is the capital of Georgia and the largest city in the country. According to the chronicles, its history dates back more than 1,500 years. Tbilisi takes good care of its history.

In the morning we will go on a pedestrian city tour. You will take pleasure to stroll along shaded narrow streets of the Old Quarter, to take a photo in front of Abanotubany, the quarter of hot springs and ancient sulfur bathhouses.

The best viewpoint of the city is open from Narikala fortress. You will definitely enjoy a small cable car trip from the south part of Rique Park to the fortress, soaking up the view of the curves of the Mtkvari river, picturesque Old Quarter, the crystal Bridge of the Peace, the Parliament Building, and Cartlis Deda monument. It’s a 20m-tall woman statue holding a sword in one hand and a cup of wine in the other, the symbol of Georgian character.

After lunch at the restaurant, we will move to the Historical Museum. Spend the evening exploring the vibrant streets of Tbilisi by yourself.

4th day of the itinerary: AM

Don’t forget to take your camera. It will be a day full of breathtaking views. After breakfast at the hotel we will depart 20 kilometers north of Tbilisi to an excursion to town of Mtskheta. Why should we go to Mtskheta? This scenic city is famous for its natural landscape and states at the confluence of the Aragvi and Kura rivers. Also, it was a site of early Christian activity, and the place where Christianity was proclaimed as the state religion of Kartli (Georgia). Mtskheta is one of the oldest cities in Georgia. There we will visit the jewel of ancient
architecture – Svetitskhoveli Cathedral.

Close to Mtskheta at the top of the rock is located Jvari Monastery. It is impossibly beautiful lookpoint where the Aragvi and Kura rivers meet and you can see Mtskheta city from the bird’s view surrounded with freshly green valleys. Svetitskhoveli Cathedral and Jvari Monastery both make part of UNESCO World Heritage. They are considered the most significant monuments of Georgian Christian architecture, and are historically significant in the development of medieval architecture throughout the Caucasus.

Then we will move towards Stalin’s Museum. This museum is located in Gori where the leader of the Soviet Union, Joseph Stalin, was born. The museum has three sections: Stalin’s house, museum, and Stalin’s railway carriage.

4th day of the itinerary: PM

After lunch at the restaurant we will head to Uplistsikhe. Uplistsikhe is an abandoned rock-hewn town not far from Gori that arose on the left bank of the Mtsvari river in the I-II millennium BC. The town was entirely hewed into the volcanic rock. It had streets, squares, palaces, residential buildings, a wine cellar, an apothecary, shops, a prison, and even an amphitheater and a plumbing system.

Now in Uplistsikhe there are about 150 caves open to the public, once there were about 700 caves and various structures. In the pre-Christian period, Uplistsikhe was a pagan worship center. When Georgia converted to Christianity, Christian stone basilica appeared in the town.

In the evening we will transfer back to Tbilisi for overnight at the hotel. 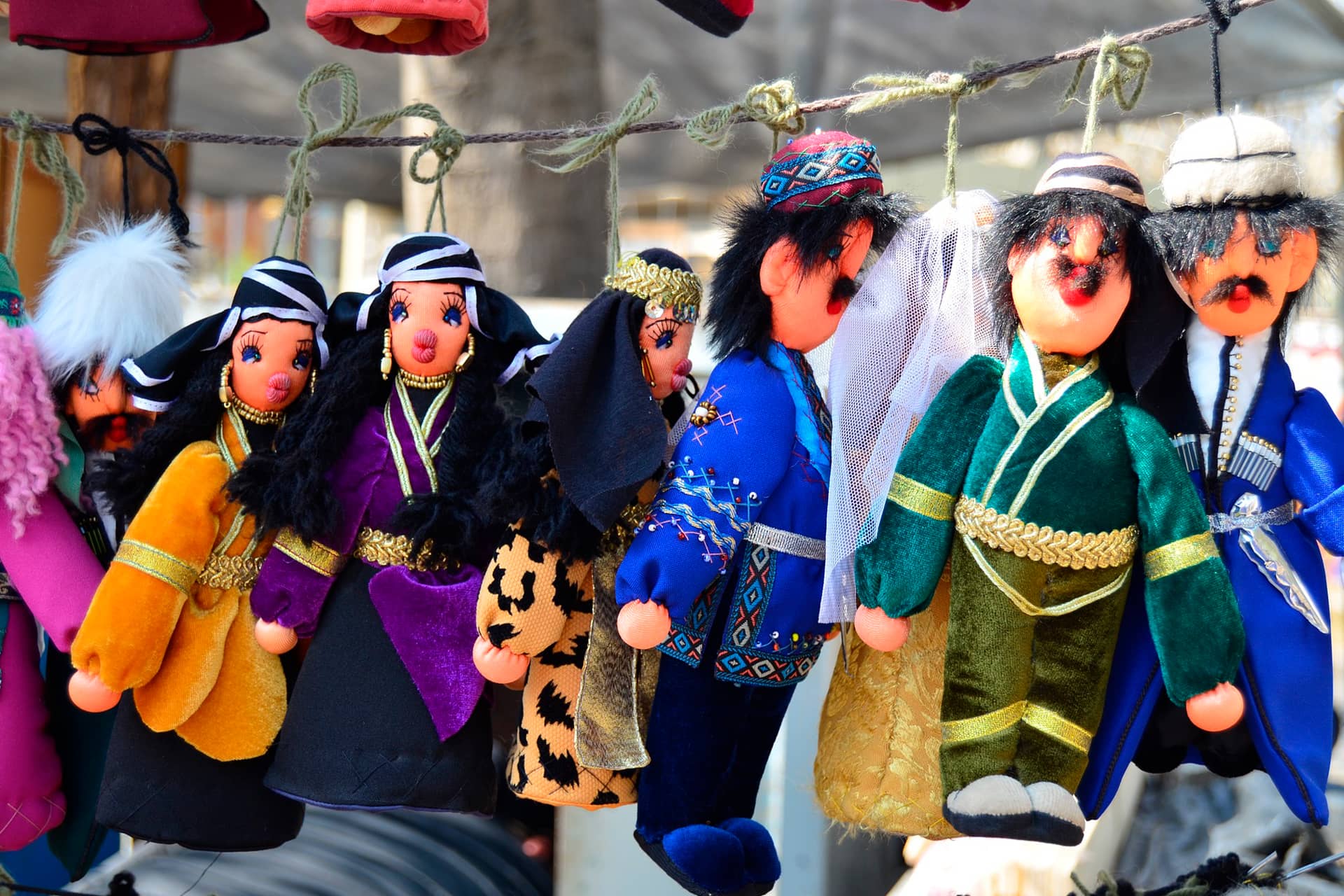 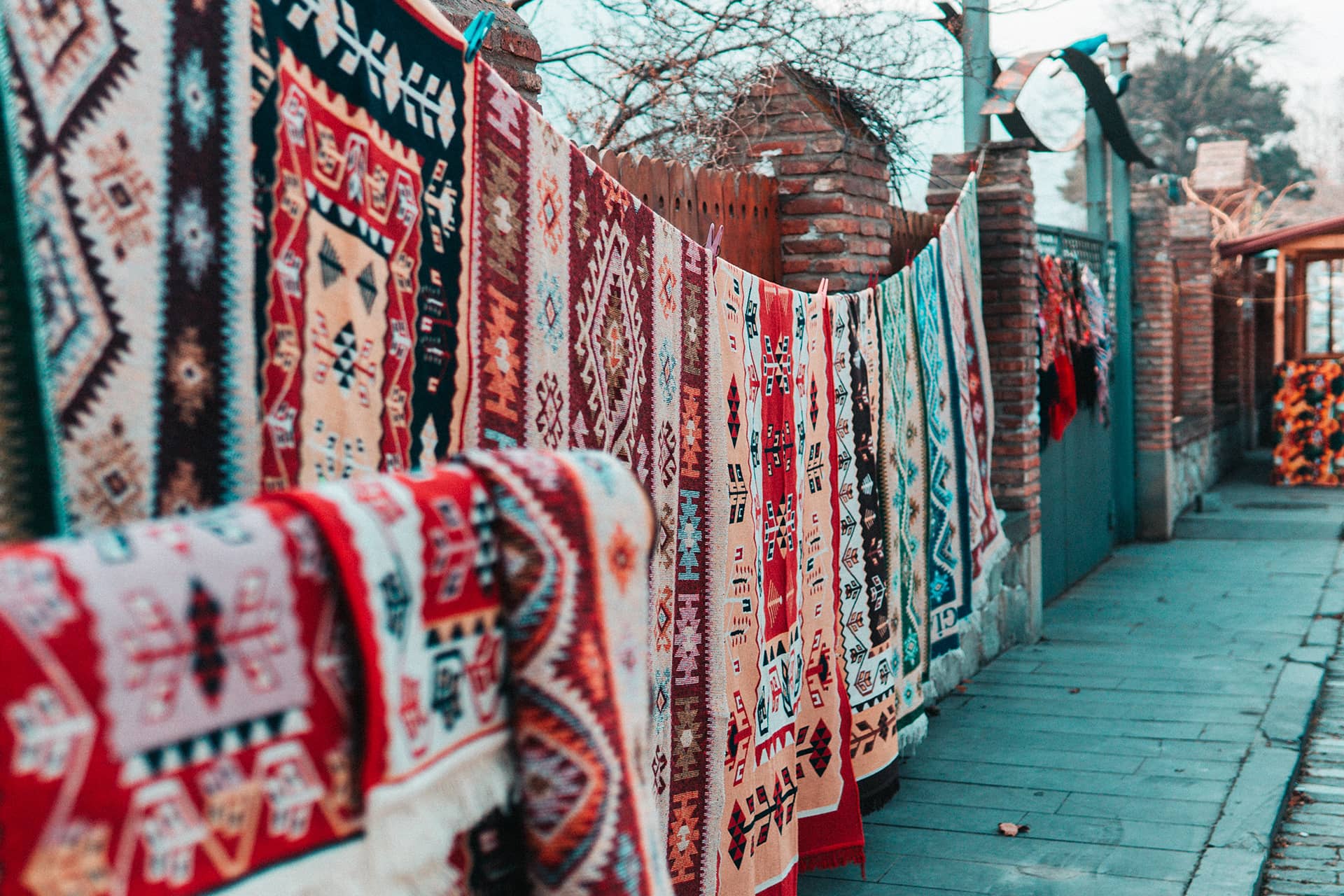 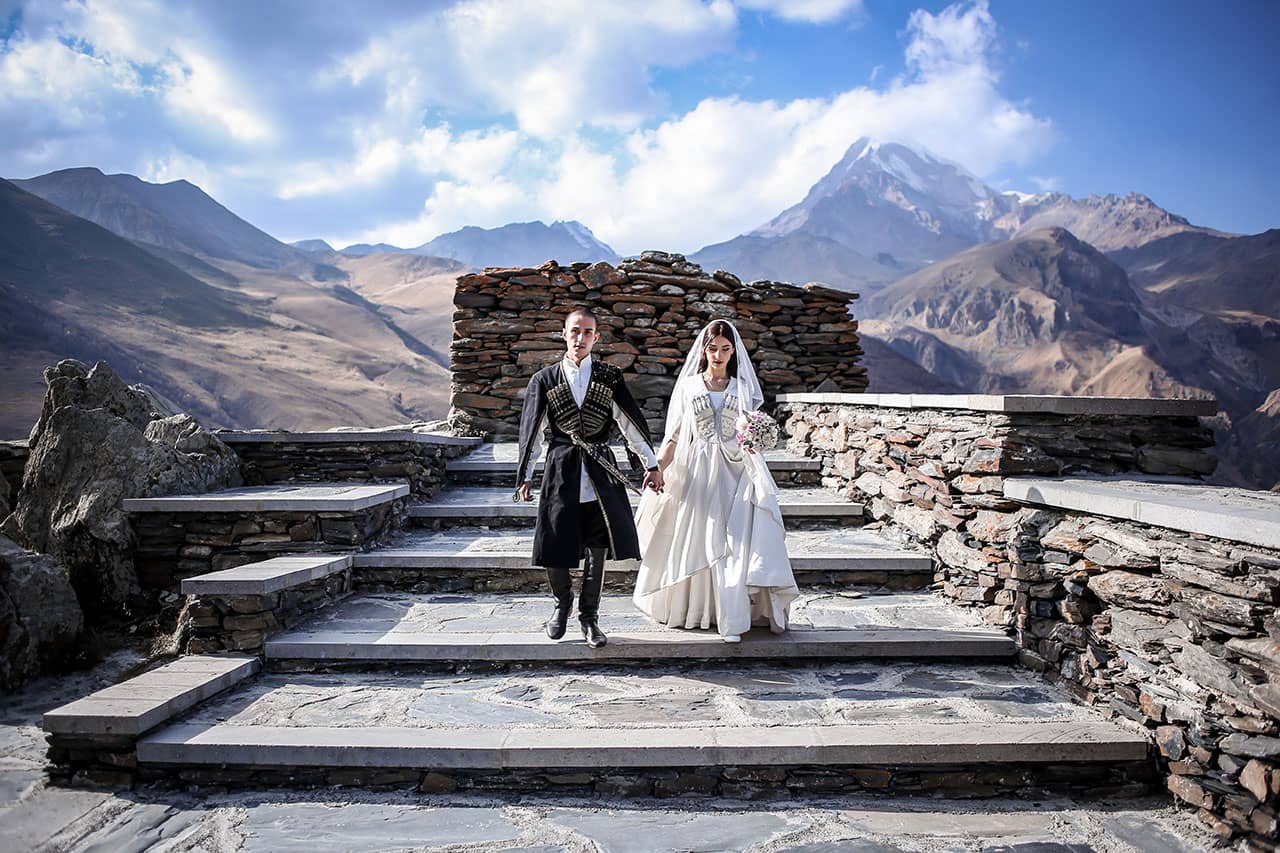 On last day of our tour spend the morning at the famous flea market called Dry Bridge. Here you will find souvenirs that will suit every taste from olden-day weapons and military awards to jewelry, carpets, and crockery. And all this at very reasonable prices.

We finish our tour with a transfer to the airport. Looking forward to seeing you again!

Georgia is a unique place because it is not large in terms of territory, but you can see here ancient churches and temples, magnificent mountains, caves, waterfalls, rivers and lakes and, of course, warm sea. You will fall in love with Georgia not only because of unique places and unforgettable views, but, also, because people will charm you with their hospitality and energetic character. Don’t forget to taste traditional food of Georgia- khachapuri, khinkali, shashlik, and real Georgian wine. 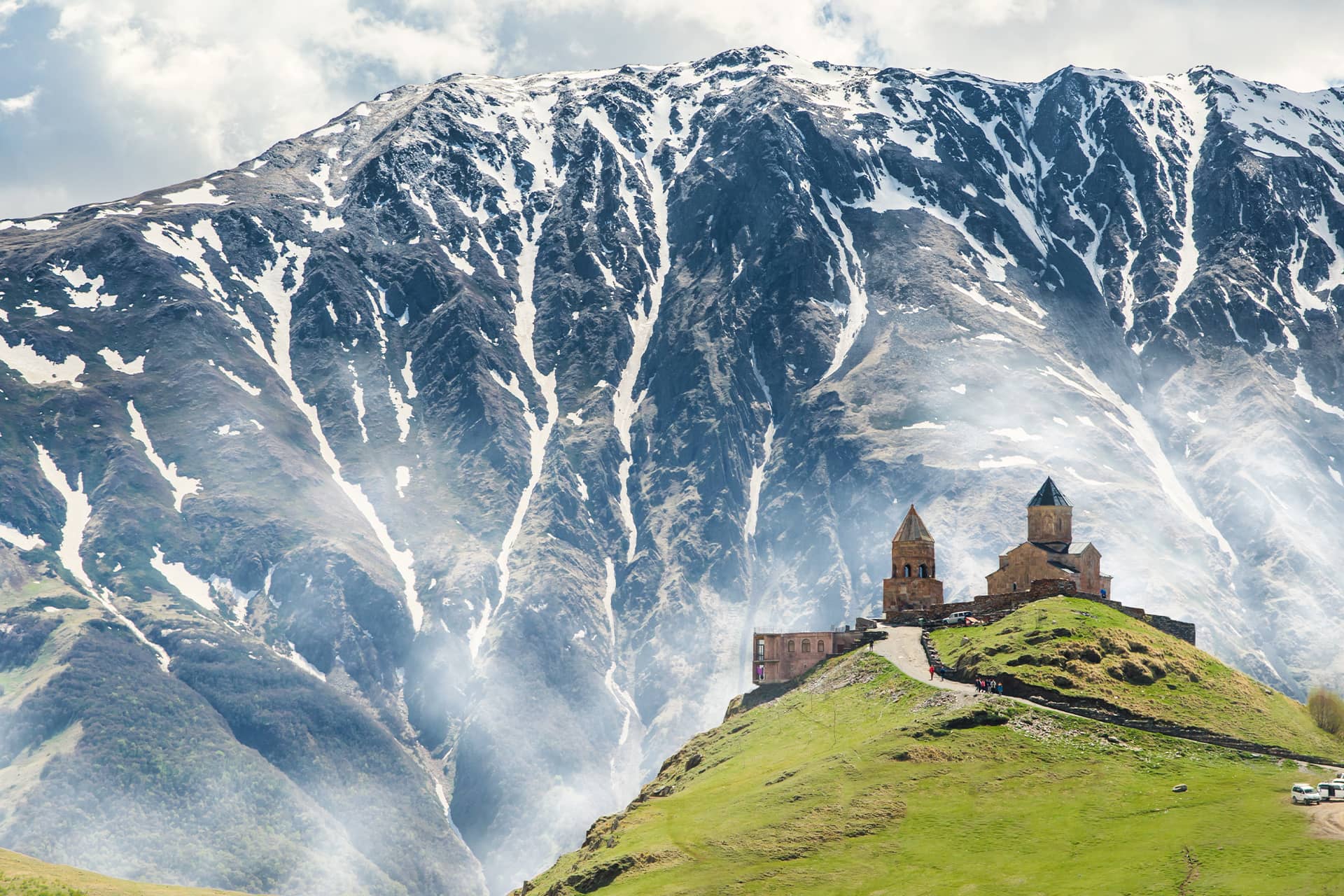 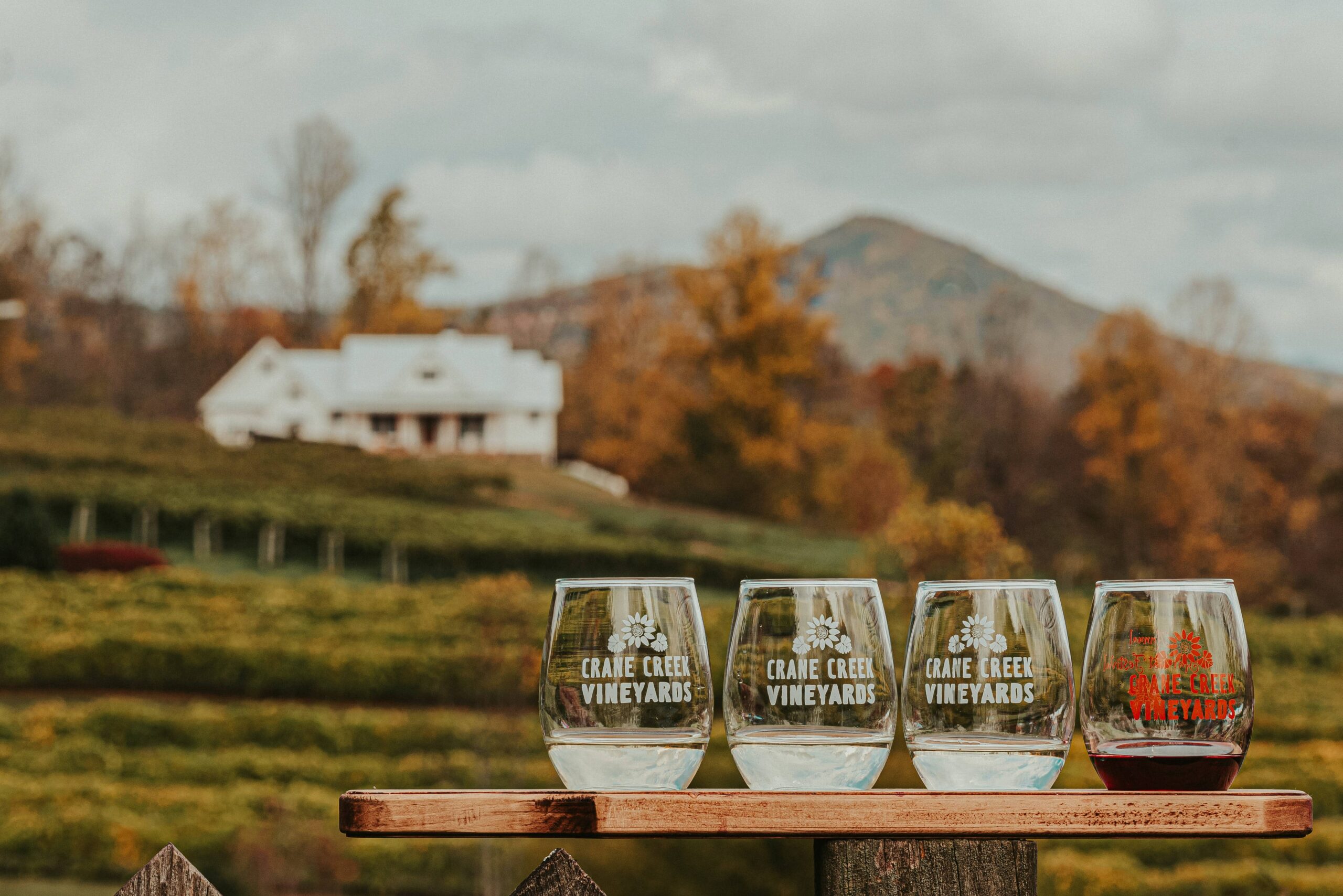 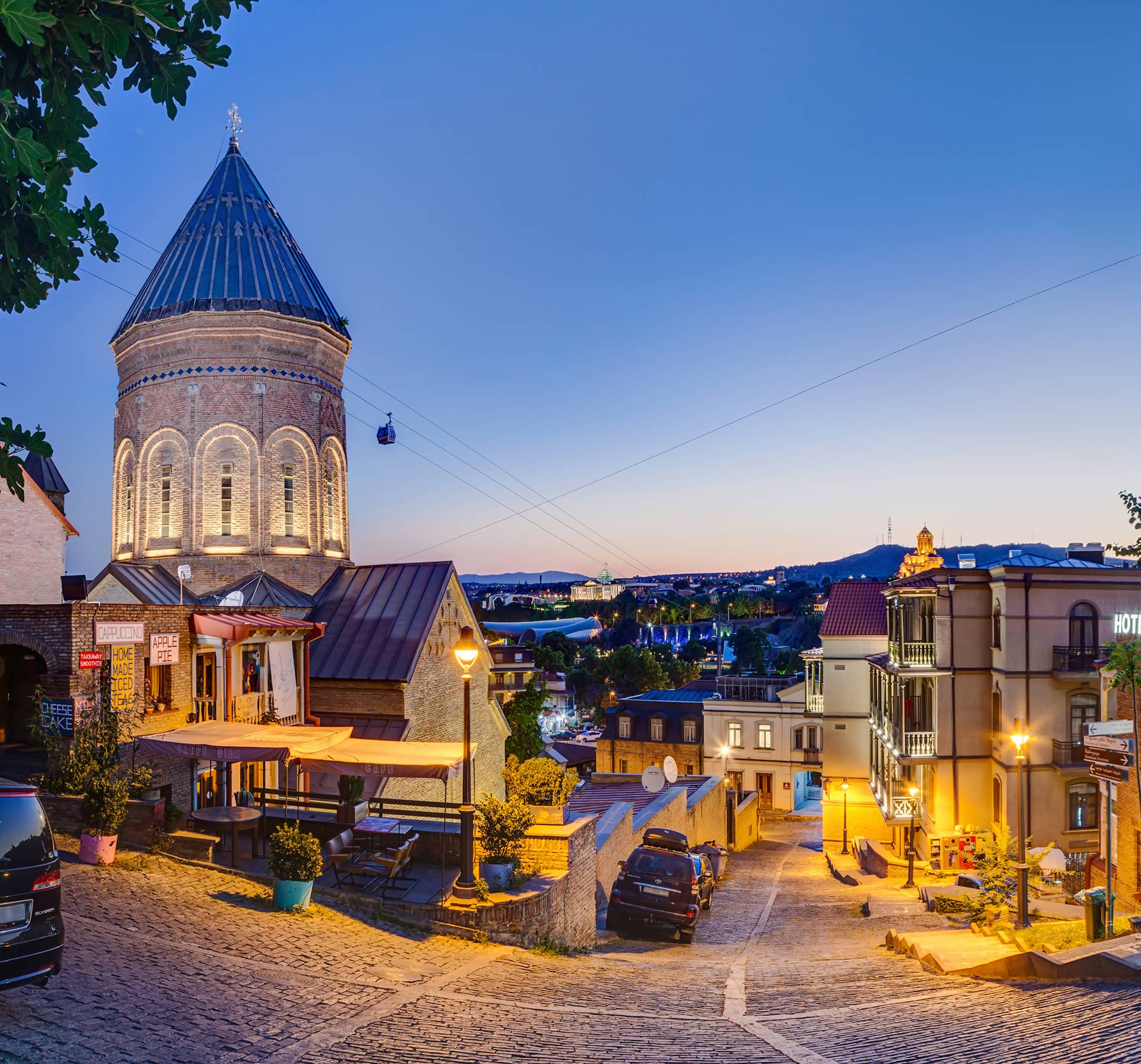 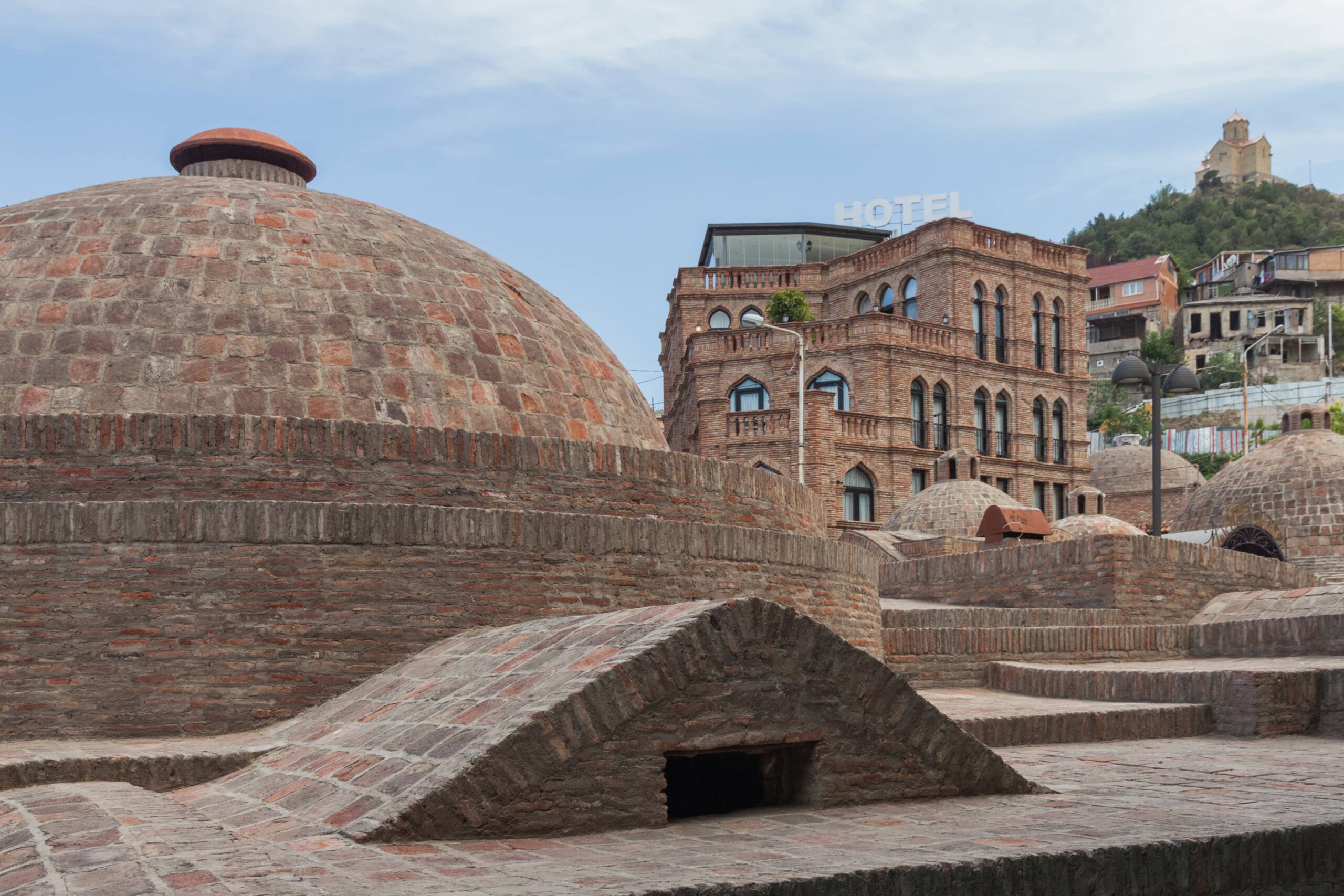 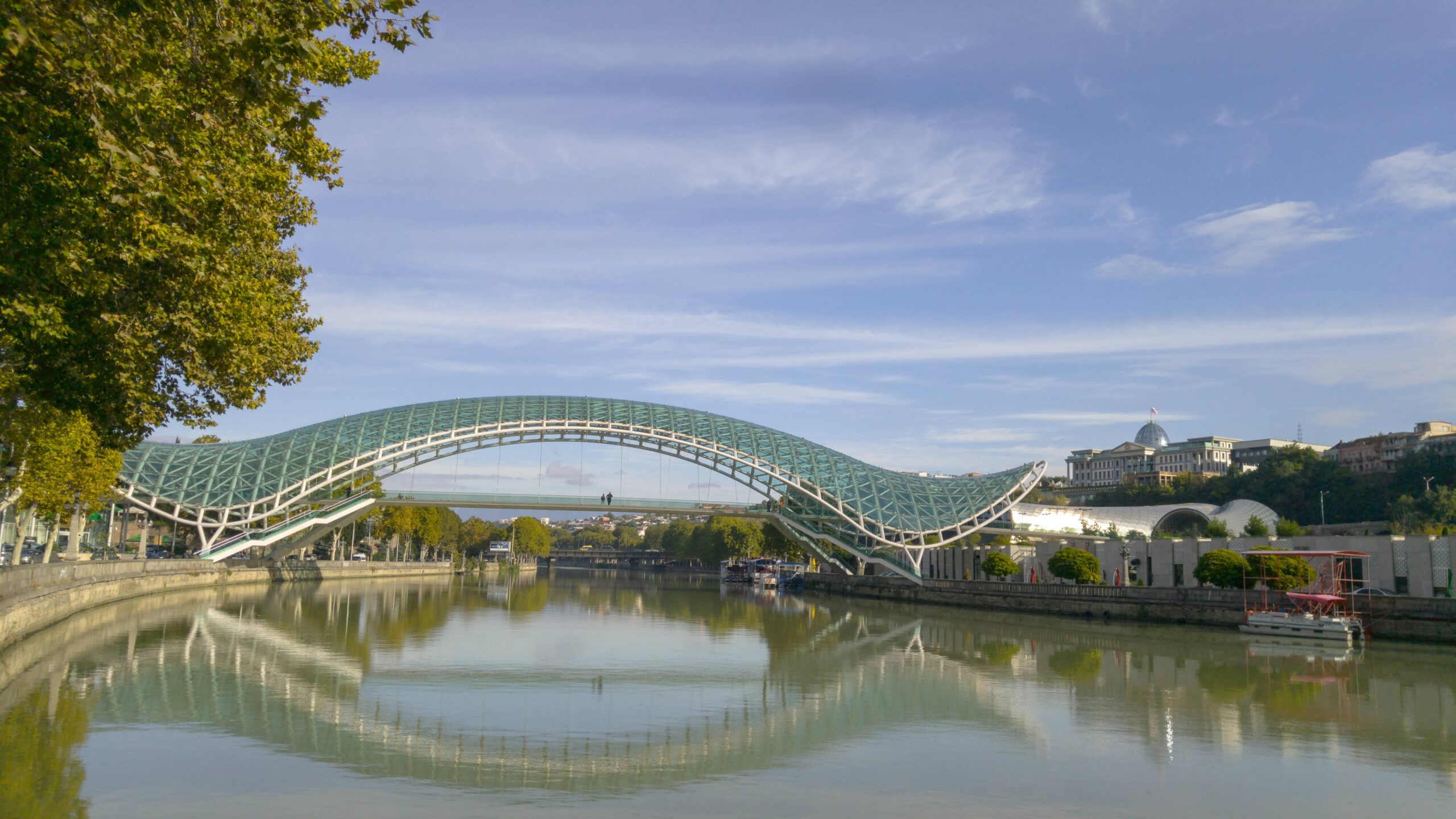 Tbilisi is a city of diversity. Magnificent buildings in modernist style, futuristic glass structures wonderfully coexist with hanging balconies from the Old Town and the Persian sulfur baths of Abanotubani. The capital is located on the banks of the Mtkvari River and surrounded with majestic mountains from all sides.

South
4-Day Adventure in Crimea
Crimea is a place, which surprises with its amazing mountains, warm sea,...
North-West
German Spirit in Kaliningrad
Kaliningrad is remembered by the unique combination of German and Russian Soviet...
Volga River District
Muslim Allure in Kazan
Kazan tour helps to feel the unusually peaceful atmosphere between Muslim and...
Central Russia
Weekend in Moscow
Welcome to the Russian capital, the city with more than 8 centuries’...